Pakistan Has Finally Admitted That Afghan Taliban Leaders Are Living There

In a significant departure from the Pakistani government’s consistent, years-long denial of relations with the Taliban, one of its most senior foreign policy officials went on the record this week to say that the Islamic extremist group’s leaders reside in Pakistan.

The admission by Sartaj Aziz, Pakistani Prime Minister Nawaz Sharif’s top adviser on foreign affairs, came during a panel discussion at the Council on Foreign Relations in Washington, D.C., on Tuesday.

“We have some influence on them because their leadership is in Pakistan, and they get some medical facilities, their families are here,” Aziz said, responding to a question about Pakistan’s role in peace talks between the Taliban and Afghanistan government.

Although Pakistan’s sheltering of the militant group is considered something of an open secret by experts familiar with the region, the official position has always been a denial of any linkages.

“We do not make any comment on [political leaders’ statements],” a spokesman for Pakistan’s foreign office told the BBC. “He [Aziz] has said what he had to say.”

The Pakistani Army and the Taliban leadership have not yet commented.

A four-nation coordination group, comprising Pakistan, Afghanistan, the U.S. and China, has held four meetings since December to establish a road map for further talks between the Afghan government and the Taliban, which Aziz hinted may take place later this month. 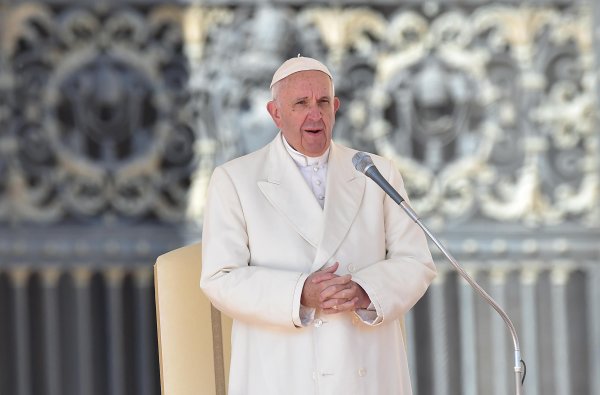 Pope Francis to Visit Pakistan This Year
Next Up: Editor's Pick