The father of a San Bernardino shooting victim said Thursday that he supports the FBI in its push to get Apple to unlock the iPhone belonging to one of the attackers.

An amicus brief filed by a lawyer acting on behalf of victims of the shooting included a letter from Mark Sandfeur, whose son was killed in the attack, the Los Angeles Times reported.

“Recovery of information from the iPhone in question may not lead to anything new. But, what if there is evidence pointing to a third shooter? What if it leads to an unknown terrorist cell?” Sandfeur wrote in the letter to Apple CEO Tim Cook. “What if others are attacked, and you and I did nothing to prevent it?”

Many tech companies also filed their own briefs on Thursday, siding with Apple.

Earlier this week, a man whose wife was injured in the shooting said he supported Apple in the dispute, arguing that the issue represents a larger fight than just one phone.

As more people weigh in, the dispute between Apple and the FBI has highlighted the division between Silicon Valley tech companies and law enforcement. Investigators have demanded that Apple unlock the encrypted phone in the hopes it will contain valuable information, but Apple has argued that doing so would make every iPhone vulnerable to hacking. 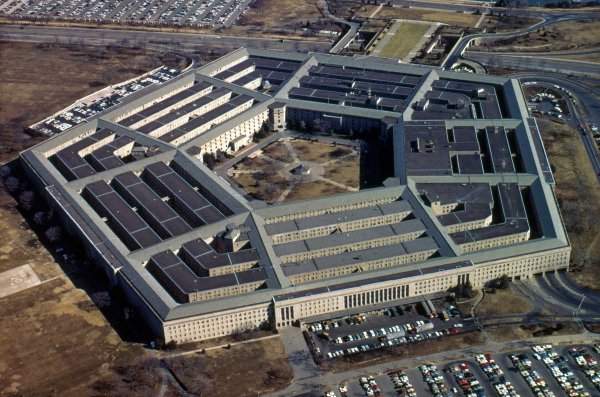 The Government Wants Hackers to Attack the Pentagon
Next Up: Editor's Pick