Obama Plans to Stay in Washington After His Presidency Ends

President Barack Obama said Thursday that he will stay in Washington, D.C. with his family for a couple of years after his presidency, waiting for his youngest daughter to finish high school.

“We’re going to have to stay a couple of years so Sasha can finish,” he said, the Washington Post reported. “Transferring someone in the middle of high school—tough.”

Obama made the comment while having lunch with a small group of people who had written him letters about the Affordable Care Act in Milwaukee. He said he and First Lady Michelle Obama haven’t decided where they’ll move long-term.

“Hawaii is home for me,” he said, and he also mentioned Chicago, where his wife grew up. “I spent almost 30 years in Chicago.” 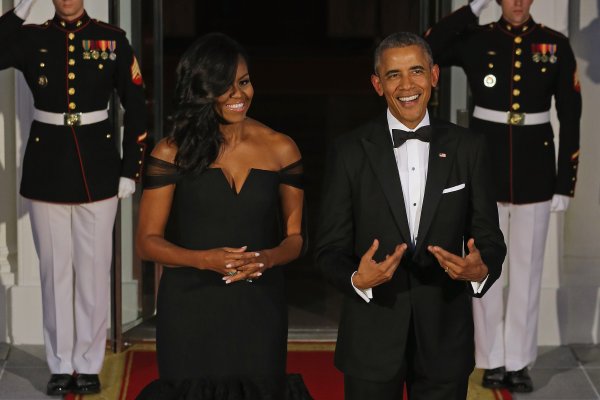 The Obamas Will Headline South by Southwest
Next Up: Editor's Pick