Uganda's President Holds On in the Face of Growing Public Unrest

Newly re-elected president Yoweri Museveni, in power since three decades, gestures as he speaks during a press conference at his country house in Rwakitura on Feb. 21, 2016.
Isaac Kasamani—AFP/Getty Images
By Clair MacDougall/Kampala

Ugandan opposition leaders have rejected the results of presidential elections on Feb. 18, citing ballot stuffing, bribery and widespread intimidation by the security forces. The February polls—which returned President Yoweri Museveni to office, where he has held power for three decades—have drawn criticism from international observers, including the U.S. embassy, which described them as “deeply inconsistent with international standards and expectations for any democratic process.” The U.S. also encouraged parties wanting to contest the election to “do so peacefully and in accordance with Uganda’s laws.” Many Ugandans also believe the elections were rigged and doubt the independence of the Uganda Election Commission, which declared Museveni the victor with 60.5 percent of the vote, while the main opposition candidate, Dr. Kizza Besigye of the Forum for Democratic Change party, is under house arrest. But it remains unclear whether the diplomatic support United States and the European Union will give to opposition candidates contesting the results will go beyond words—which is unlikely to be enough.

That’s in part because Museveni remains a key U.S. ally in the region, particularly in the war against terror in East Africa. The United States gives an estimated $170 million in military aid and cooperation and the U.S. military has trained hundreds of troops in Uganda. “The tone is more critical than after previous elections, but I think what will be indicative about the administration’s real intent as to whether the shift in tone is matched in action,” says Dr. J. Peter Pham, director of the Atlantic Council’s Africa Center. “The question is for the Obama administration is how much are they going to want to make this an issue? This is where Museveni has been farsighted because he has made himself an invaluable ally in the sub-region.”

Uganda’s 2016 presidential election was a flashpoint for African democracy on a continent where many aging presidents continue to push for the elimination of term limits, even as civil society groups and ordinary Africans are pushing back. Once Museveni may have been on their side. He came to power in 1986, after leading rebellions against two dictatorships. In the early days of his presidency he spoke out against leaders staying in power. His party, the National Resistance Movement, dominates Uganda’s parliament, which government critics argue is Museveni’s rubber stamp. “The problem of Africa in general and Uganda in particular is not the people but leaders who want to overstay in power,” wrote Museveni in his book What is Africa’s Problem?

However, after suspending the constitution and ruling by military decree for 10 years, Museveni proceeded to win all of the five elections every five years since. This year marks Museveni’s 30th year in power and many Ugandans, 78 percent of whom are under the age of 30, have only known one president. “There is a groundswell of support not so much for Besigye and the opposition parties, but more a yearning for change, for real change, in the political system,” Busingye Kabumba a lecturer at the Human Rights and Peace Centre (HURIPEC) at Makerere University told Time in an interview.

Yet it is unclear as to how that change will occur, with a president who has a strong grip over the security forces and military, and who claims to no longer believe in term limits. Museveni passed legislation to do away with term limits in 2005, and many expect that he will soon start making a move to push for the removal of the age limit for presidential candidates, which is now set at 75, making Museveni technically ineligible to run in the next elections.

But many young Ugandans have expressed discontent and a desire for change, particularly those living in the capital of Kampala. Police and military were deployed on the streets in the capital and Besigye was blocked from campaigning around the city and arrested the day before the polls. Besigye remains under house arrest despite calls from the United States and European Union for his release, the police describe it as a “preventive measure.” “His plan is to come out of his house to start mobilizing people to come to the streets of Kampala to demonstrate and cause violence denouncing the outcome of the elections,” said Patrick Onyango, the Kampala Metropolitan Police spokesman.

The dusty red road to Besigye’s residence on the outskirts of Kampala remains blocked off by police vehicles. Officers dressed in blue fatigues holding AK-47s sit and wait. They stop visitors from entering and sometimes block journalists with riot shields and arrest them. But the two major opposition parties have vowed to challenge the results. Amama Mbabazi, Uganda’s former prime minister and head of the Go Forward party, submitted a petition to the Supreme Court of Uganda yesterday challenging the results citing ballot stuffing, bribery and widespread intimidation by the security forces. “You don’t need to be a rocket engineer to tell you that this was a sham election,” said Mbabazi’s lawyer Twinobusingye Severino, outside of the court after the petition had been filed. He claimed that twenty of their witnesses had been arrested on Monday and had “disappeared.”

“We are moving towards a scenario where if he attempts to come back in 2021 we will be looking at a very delicate situation,” says Anthony Masake, a lawyer at Chapter Four Uganda, an organization that fights public interest cases focused on freedom of expression and human rights.

Besigye’s party, the Forum for Democratic Change (FDC), has called for an independent auditing of the results, but is yet to decide whether it will attempt to join Mbabazi’s petition to annul the results. In 2006, the FDC contested the results, with four justices ruling against the petition and three in favor. Five years later after the 2011 elections, Besigye staged the “Walk to Work” demonstrations, protesting the cost of fuel, public transport and food, which led to a violent government crackdown in which five were killed and 100 injured.

Ugandan analysts and civil society members see the comments from the U.S. as a positive move, but similarly are unsure about their substance and weight. Many think the annulment of the results in court is unlikely, but that more needs to be done by civil society and the opposition to challenge Museveni and his party’s stronghold on power in the lead up to 2021.

Read More: What $100 Will Buy You Around the World

“You have a very thin layer of legality, but I think there are deep, deep problems of legitimacy,” said Kubumba. “Gradually we need to get the NRM broadly speaking, to appreciate the fact that the current system simply cannot be sustained without a heavy cost to peace and stability.” 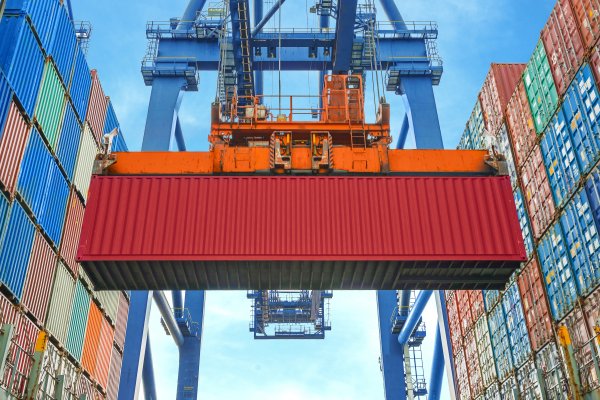 U.S. Has Too Much Oil. So Why Are Imports Rising?
Next Up: Editor's Pick