Why Iran's Election Could Help The Oil Industry

Iran’s 26 February parliamentary and Assembly of Experts elections saw strong gains for pragmatic forces, heralding a new openness in Iran and a much better window of opportunity for foreign businesses and the development of the country’s further oil and gas potential.

While no one won a solid majority in Parliament, and the conservatives led with around 36 percent of seats, the pragmatists/reformists centered around Iranian President Hassan Rouhani made a strong showing with 32 percent, shoring up their power.

In the Assembly of Experts—the religious body of 88 clerics who elect Iran’s supreme leader–the pragmatists won a slight majority with 52 seats compared to the conservatives’ 36 seats.

OilPrice.com: This Might Be A Multi-Billion Opportunity For Oilfield Services

In the whole scheme of things, the parliamentary results are the most important because the conservatives will have to join forces to a greater extent with the pragmatists and reformists on some issues. And radical forces that have fought the opening up of Iran to the international community have been sorely diminished.

So for the next couple of years—at least until Iranian presidential elections—this is good news for anyone who was entertaining the idea of doing business in the new, post-sanctions Iran.

What it means is that the likelihood of stronger ties with the West has just grown exponentially—and that includes increased economic and commercial cooperation. It also heralds a certain degree of investment security—again, at least for two years—and this will be a key factor for foreign investors.

There is a great deal of interest in the Iranian oil patch because among foreign E&P companies because of the opportunities here for low-capital development—a key factor in today’s low oil price atmosphere. Iran’s production costs hover around $12 per barrel, which comes in well under the production costs of shale oil in the U.S. It’s an attractive enough cost environment to accept a bit of investment-climate risk as it is—but with the parliamentary election results we should see things move a lot faster now.

Lithium prices have tripled over the last few years as the electric car boom starts to take hold. A number of companies are uniquely positioned to generate huge gains for early in investors.

Specifically, we’re looking at 18 exploration blocks, and dozens of oil and gas projects up for grabs—tentatively—in Iran.

Things were helped along late last year with a new Iranian Petroleum Contract which should get a boost from the pragmatists’ parliamentary victory because the details of this contract are still be fine-tuned. But even before sanctions were lifted, the overriding sentiment was that the new terms would be much more attractive to foreign investors, particularly with regard to the establishment of joint ventures with the state run oil company. We already know Rouhani wants this, and now he is more likely to get it. Previously, foreign companies couldn’t own any shares, and couldn’t form JVs.

The elections come at an interesting time, and the timing is fortuitous for foreign oil and gas companies seeking to get in on these plays. In fact, they come only a few months before all those E&P blocks and projects are set to be auctioned off in May.

After May, and for any of those supermajors who bite at the auction, it will be important to gauge where Iran is going by watching how the Revolutionary Guard—the most influential economic force in Iran—deals with Rouhani and his circle.

Will they yield and join forces, or will they fight the opening up of Iran’s oil and gas largesse? What they do on the foreign policy front will indicate what they’re going for at home, so keep a close eye on Iran’s attitude when it comes to geopolitics and conflict in the Middle East because it’s being led by the Guards. 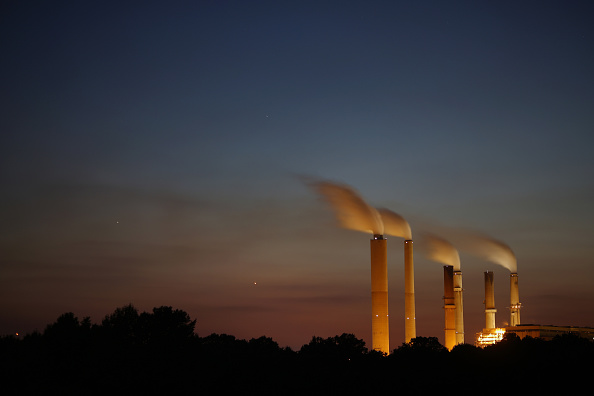 Report: Electricity Will Be Greener in 2016
Next Up: Editor's Pick