Forever and always, David Hasselhoff will be a part of Baywatch.

The actor – lovingly nicknamed “The Hoff” – will appear in the new version of Baywatch arriving on movie screens next summer. Star Dwayne “The Rock” Johnson announced the news with help from Hasselhoff.

“Rock and The Hoff, I was born ready,” Hasselhoff told Johnson in a FaceTime call, a clip from which Johnson added to his Facebook page.

“There ain’t no Bay without the Hoff,” Johnson said in the clip. “Get ready world.”

Johnson plays Mitch Buchannon in the new film, the character made famous by Hasselhoff on the long-running syndicated series. Zac Efron, Priyanka Chopra, and Alexandra Daddario all costar.

“This squad has been working extremely hard for months for these roles – the time has come – we start shooting TOMORROW,” Johnson wrote last month on Instagram. “Let’s roll and bring the world some beach fun.”

While Hasselhoff is now set to appear in the film, another iconic member of the Baywatch cast is still on the fence. “I haven’t turned it down completely yet, but I have turned down what they offered me,” actress Pamela Anderson, who played C.J. on the original show, said last month. “We’ll see what happens.”

Anderson added in an interview with ET Canada that the filmmakers behind the Baywatch movie were “trying to do an homage” to the series. “It’s an honor to have them want me to be a part of it so bad,” she said.

In the new film, Kelly Rohrbach will play C.J. 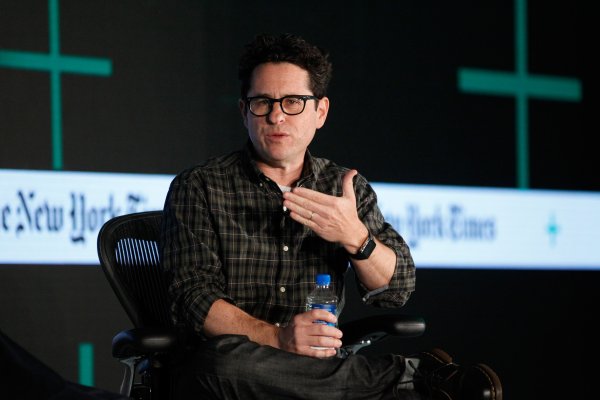 J. J. Abrams Is to Make His Company as Diverse as the U.S.
Next Up: Editor's Pick