Tallying up sick days isn’t the only way to tell how someone at work is faring. A recent analysis of American workers found that despite the rise of corporate wellness programs, disengagement at the office costs the U.S. $550 billion each year, and work-related stress tacks on an additional $300 billion. But new studies are turning up surprising strategies that improve both well-being and productivity. For starters, people are happier and more engaged when they accept that work is the pits sometimes, a recent study suggests. Another tack: find ways to detach. “If your goal is feeling better, you need to get your head out of work,” says Reb Rebele, a researcher with Wharton People Analytics at the University of Pennsylvania. Experts recommend these evidence-based tricks for reducing stress on the job. (And don’t worry: “Learn to meditate at your desk” isn’t on the list.)

Do someone a 5-minute favor

Volunteering helps people connect to others, which aids in recovering from stress. You can do the same thing at work by, say, getting a cup of coffee for someone who’s having a bad day. Spot a need, and for five minutes, be the one to fill it.

Play with a puppy

Beg your boss, if necessary: one study showed that when employees brought their dogs to work, they felt less stressed and were just as productive as they were on canine-free days.

Even if you’re not using it, simply being able to see a cell phone hinders your ability to focus on tough tasks, a pair of 2014 studies found. The mere presence of a phone also made people trust and like each other less than if it weren’t present, according to other research.

Take a break before lunch

In one study, a researcher gave people a task and let some of them play five minutes of Minesweeper. Those who did generated ideas considerably more creative than those who got right to the task. Their minds were likely chewing away at the problem in the background.

Disappear for a bit

Take a 10-minute walk daily–it helps to put it on your calendar–and don’t ruminate about work while you’re gone, Rebele advises. Instead, listen to a podcast, make a phone call, do a walking meditation or bring a friend to talk about something non-work-related (see right).

Gossip with your co-workers

“Social time is really valuable, even for introverts,” Rebele says. But to truly detach–and reap the productivity and wellness benefits of a solid break–you have to keep the conversation office-free.

A 2016 study found that if people think they should be reachable after work, they feel less in control and have more of the stress hormone cortisol. Meanwhile, another study shows that as long as your work gets done, putting in more hours doesn’t make you a better worker in your boss’s eyes. 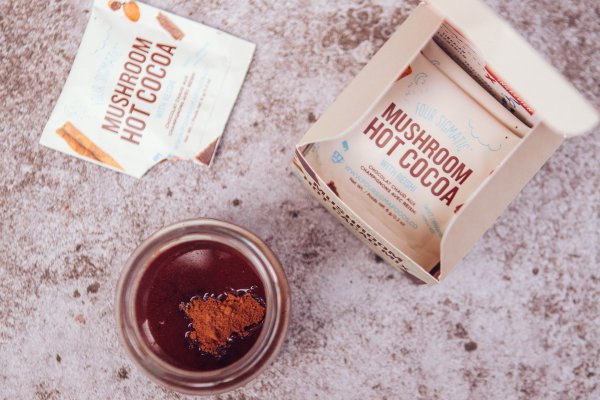 Reishi Mushroom Hot Cocoa Is Now a Thing
Next Up: Editor's Pick