The New York Times review of Barker’s book compared her to you. Did you see any similarities?

To me it wasn’t obvious, but Kim has a self-deprecating honesty. It sounds like she dressed as badly as I dress and as [30 Rock’s] Liz Lemon would, wearing a shirt off the floor for a big night out.

Did you draw on your experience as a Saturday Night Live Weekend Update anchor to play a serious journalist?

It was useful to have that fake-journalist muscle. They’d show me a page of fake news dialogue, dense with Pashtun names, and I would have to bang it out in one take. One day it was freezing, and after we finished I joked, “Y’all are lucky I can memorize like that, or we would have been here for hours!”

How did you immerse yourself in Barker’s world?

The book was a treasure trove, and I read about the region, watched documentaries. Because we were in New Mexico, [we were] trying to figure out how to feel like we were in Kabul and places that were dangerous, when we weren’t anywhere dangerous–depending on what part of Albuquerque you’re in and what time it is.

When Kim explains why she left the States for Afghanistan, someone replies, “That’s the most American-white-lady story I’ve ever heard.”

I think it was funny, but also smart to call it out that what drove her there and what she discovers is a very first-world experience compared to the people she’s meeting there.

Kim is very career-oriented, but there’s no hand-wringing about her biological clock or finding a partner, which is kind of rare.

I remember it popping up in one piece of language. I said I would love for there to not be any of that in this movie. Let’s not do that because it’s not every person’s story. I asked [screenwriter] Robert [Carlock] to take it out, and he happily agreed. 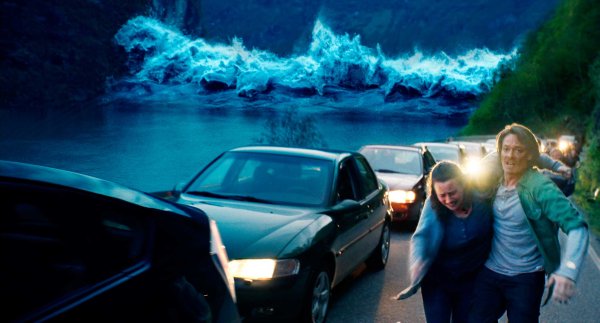 Review: An Idyllic World Turns Deadly in The Wave
Next Up: Editor's Pick