The Radically Simple Solution to Homelessness

For decades, the U.S. approach to fighting homelessness went something like this: treat issues first, offer housing later. It wouldn’t be wise, the thinking went, to let people who were mentally ill or abusing drugs–common conditions among the homeless–into subsidized housing. Officials warned they would disrupt the community only to wind up back in shelters.

But by the 1990s, homelessness had risen to levels not seen since the Great Depression. The “issues first” approach was apparently not working.

Then, in 1992, Sam Tsemberis, a psychologist who for years worked with the homeless and mentally ill, decided to reverse its logic. He founded Pathways to Housing, a New York–based nonprofit that helped homeless people find housing first and tackle other issues later. “We made the assumption that housing would actually stabilize people,” he recalls. Tsemberis soon discovered his hunch was right. Once people had housing, more often than not, they kept it.

Two decades and many success stories later, this approach, dubbed “housing first,” is facing what may be its toughest challenge yet: curbing homelessness in America’s biggest cities. In New York, a record-high 75,000 people are without permanent shelter, which aggravates myriad health, safety and budget issues. And despite spending millions on “treatment first” prevention, Chicago and Los Angeles are grappling with similar problems that have grown since the recession.

As a result, many cities are making the same pivot Tsemberis did. In L.A., where chronic homelessness–generally people who have been on the streets for a year or more–has grown by 55% since 2013, the city council on Feb. 9 approved a $1.85 billion plan that embraces a housing-first approach. In New York, the city and state have unveiled multibillion-dollar plans to build 35,000 units with social services built-in. Milwaukee, Honolulu, Philadelphia and others are utilizing similar strategies. “We are getting people off the street first, regardless of their circumstances,” says L.A. Mayor Eric Garcetti.

For would-be residents, though, it’s not as simple as being given a free home. There is an application process and often a wait list, which generally prioritizes those who have been homeless longest. Anyone who accepts a home can be subject to frequent check-ins by mental-health and substance-abuse counselors. But unlike more traditional subsidized-housing programs, residents are not required to be clean and sober before entering or even while they’re being housed. They just can’t engage in criminal activity, like selling drugs.

This doesn’t sit well with housing-first critics, who say the programs reward bad behavior and allocate taxpayer money to efforts that might enable alcoholism and drug abuse. Some have also attacked housing first for not doing enough to address the other issues–like a lack of education and job training–that contribute to homelessness. And at a time when few cities and states are running a surplus, the programs are often seen as prohibitively expensive.

Still, housing first has shown tremendous promise. Over the past eight years, the total number of chronically homeless people in the U.S. has fallen 30%, from 120,000 in 2007 to 83,000 in 2015–largely because of the success of housing-first programs. In December 2013, Phoenix became the first U.S. city to end chronic homelessness among veterans, three years after adopting a housing-first policy. In Utah, another housing-first state, officials say the chronic homeless population has approached “functional zero,” a feat that’s also saving money. (It costs roughly $8,000 to move a chronically homeless person into permanent housing in Utah, compared with $20,000 for a year of temporary shelter.) Studies of pilot programs in New York, Seattle and L.A. show similar savings.

For those who stand to benefit, the effects can be life-changing. When Gwen White stepped into her housing-first apartment in 2010, “it was the most beautiful thing I had ever seen,” recalls the 65-year-old Salt Lake City resident, who spent years living on the streets with her kids to escape an abusive relationship. “I was finally somewhere where nobody could hurt me.” 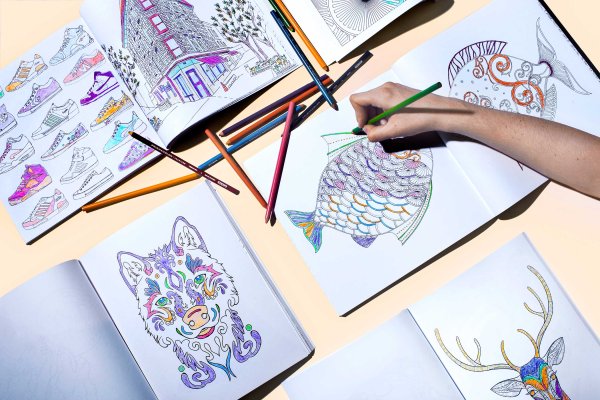 How Coloring Inside the Lines Came Into Fashion
Next Up: Editor's Pick