Murty, a Harvard alumnus who donated $5.2 million to his alma mater to set up the Murty Classical Library of India in 2010, said Pollock — an eminent India expert and scholar of the ancient Sanskrit language — will continue to oversee the library for “many years to come,” the Economic Times newspaper reported.

“It is quite rich to sit in the peanut gallery, pass comments and throw empty shells at those who are actually rolling their sleeves up and working on the ground,” Murty, 33, told the Times.

The petition — endorsed by 132 Indian professors and signed by more than 13,000 people — was addressed to Murty and his father, Infosys founder N.R. Narayana Murthy, and called for Pollock’s removal. It cited the scholar’s opposition to Hindu nationalist ideas and his recent criticism of the Indian government as reasons.

Many say the petition is emblematic of growing intolerance under Indian Prime Minister Narendra Modi and his right-wing Bharatiya Janata Party, an issue in the limelight after students at Jawaharlal Nehru University, a top Indian university, were charged with sedition for allegedly shouting “antinational” slogans.

The petition cited Pollock’s signature of a statement of support for JNU as justification for his ouster, leading Murty to question its timing since the Columbia University professor has been in charge of the library for six years.

“What stopped any of these people from getting in touch with me [earlier]? Not one single person came forward, which is incredible,” he said. 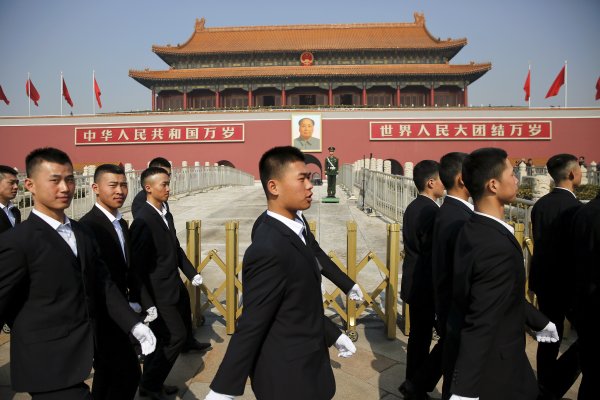 Five Things to Know About China's 'Two Sessions'
Next Up: Editor's Pick