How to Watch Tonight's Republican Debate in Detroit

The Republican presidential candidates will meet in Detroit Thursday for the 11th debate.

Hosted by Fox News, the debate will have the smallest field yet, with front-runner Donald Trump squaring off against Texas Sen. Ted Cruz, Florida Sen. Marco Rubio and Ohio Gov. John Kasich.

Retired neurosurgeon Ben Carson announced Wednesday that he will not attend the debate as he does not see a path forward to the Republican nomination. The remaining candidates will be training their fire on Trump in a last-ditch attempt to keep him from clinching the nomination outright.

The debate will start at 9 p.m. Eastern on Fox News and will stream live on FoxNews.com. You can also listen to the debate on Fox News Radio.

The moderators will be Fox anchors Bret Baier, Megyn Kelly and Chris Wallace. 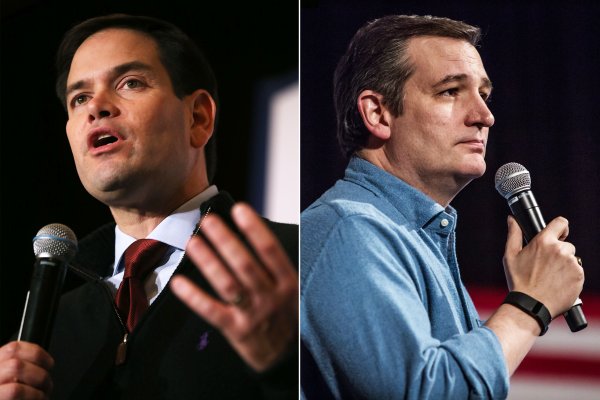 Rivals Take Aim at Trump
Next Up: Editor's Pick