With the highly anticipated Batman v Superman: Dawn of Justice just weeks away from hitting theaters, Ben Affleck is sharing some never-before-seen photos from set via social media.

“Behind-the-scenes with our all-star crew,” Affleck captioned one of the photos on Wednesday.

In the pic, we see the actor in full bat gear filming a scene depicted in the trailers, in which the Dark Knight clears a warehouse full of bad guys.

Director Zack Snyder and a host of other crew members stand off camera to the left, checking lighting and footage while they watch the take.

In a second photo, captioned “On set with our #BatmanVSuperman director Zack Snyder,” Affleck and the director are on a different set for another scene teased in the commercials.

This time, Affleck is dressed as Bruce Wayne and stands in front of a crushed city bus. The take seems to be part of the sequence in which Wayne runs through the streets of Metropolis during Superman’s final battle with Zod – a flashback to the ending of 2013’s Man of Steel.

The new photos are just the latest in Affleck’s social media promotion of the film. Yesterday, he shared a video of himself taking a lucky fan for a spin in the Batmobile.

The actor, 43, shocked tourists taking part in the Warner Bros. Studio Tour in Hollywood when he emerged from his Batmobile and invited stunned fans to join him for a spin.

For a $10 entry fee, one lucky fan and a friend will win a spin in the Batmobile, a helicopter ride with Supes himself, Henry Cavill, a photo with Affleck at the premiere and a chance to photobomb the cast on the red carpet alongside Lex Luther (Jesse Eisenberg).

Proceeds from the entry fee benefit Affleck’s Eastern Congo Initiative and donations can also be made at Omaze. 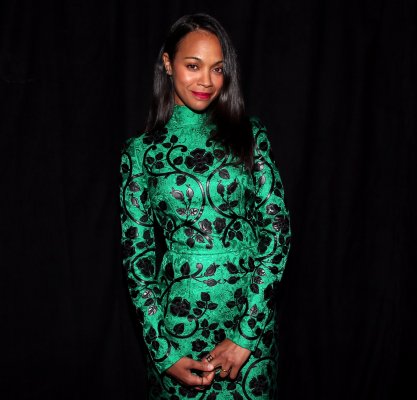