The Mosquito-Borne Ailments That Changed the World Before Zika

Since late 2015, millions of mosquitoes, mainly Aedes aegypti but perhaps also Ae. albopictus have been spreading the Zika virus in South and Central America. Zika belongs to a formidable family of mosquito-borne viruses, which, over the last few centuries, has shaped the social and political history of the Americas. Zika is following in distinguished footsteps. Dengue, also transmitted chiefly by Aedes aegypti and Aedes albopictus, long affected tropical Africa and Asia. Sometime in the last 500 years (no one can say just when) it stowed away on ships and crossed the Atlantic to the Americas. Some dengue strains arrived only recently, in the 1970s and 1980s, via air traffic. Yellow fever, for which Aedes aegypti also serve as the primary vector, is African in origin. It leapt the Atlantic no later than 1647. No one knows precisely how these viruses and their mosquito vector crossed to the Americas, but the likeliest hypothesis is that they hitched a ride on some of the many thousands of slave ships that crossed the Atlantic. Dengue and yellow fever started to alter history in the Americas from the 1690s.

Visionaries and dreamers in the independent kingdom of Scotland attempted to establish a trading colony on the Caribbean shore of Panama at Darien in 1697. It would prove a nightmare. The new colony, Scotland’s first, aimed to take advantage of Pacific and Atlantic trade profits. A goodly share of the liquid capital of Scotland, and 2,500 naive volunteers, went into the effort. Within two years, however, some 70% of the Scots were dead of “fevers,” likely including dengue, yellow fever, and malaria (also a newcomer to the Americas). Few Scots had ever encountered any of these diseases, so their immune systems were unprepared. They paid a price, as did Scotland, which in 1707 accepted union with England partly in order to pay debts from the disaster at Darien. No one in those days understood that mosquitoes transmitted viruses, and no one learned the lessons of Darien.

Certainly not the French colonial ministry, which in 1763 elected to plant a major settlement along the banks of the Kourou River in what is now French Guiana. France had just lost Canada in war and hoped a new colony of loyal subjects would restore its geopolitical position in the Americas. A worse location could scarcely have been found. Some 11,000 hopeful souls signed up for the scheme, recruited from France and elsewhere in Europe. Like the hapless Scots, their immune systems had no prior experience of yellow fever or dengue (and in most cases none of malaria either). They too sailed into excellent mosquito habitat. Within 18 months, 85-90% of them had died from disease, with yellow fever playing the largest role. Unlike Scotland, France kept a tenuous hold on the region, but never met its goal of recovering its power in the American hemisphere.

At Darien and Kourou, mosquito-borne diseases, including yellow fever and dengue, prevented the establishment of colonies. In different circumstances, mosquitoes also helped to preserve colonies.

When Spain and Britain went to war in 1739, Cartagena, in Colombia, one of the key ports in the Spanish empire in the Americas, excited the ambition of military planners in London. In 1741, Britain sent some 29,000 men to Cartagena, the largest amphibious assault force yet mobilized. They came mainly from the British Isles, meaning that, once again, few if any were survivors of yellow fever or dengue. They laid siege to Cartagena in March 1741 and in April survivors sailed away, having lost thousands of comrades to fevers. They tried their luck at another port, Santiago de Cuba, but again failed in their objective. When commanders called a halt, 22,000 were dead, of whom 21,000 (72% of the total) died from diseases. As usual, several acute infectious diseases were surely involved, but the documentary evidence makes it clear that yellow fever was most prominent among them. British war planners did not absorb the lesson delivered by Aedes aegypti.

In 1762, they launched another amphibious operation, this time against Havana, the linchpin of Spain’s defense system in the Americas. This time fortune favored the British—for a while. They conquered Havana just as fevers took hold among their soldiers and sailors. Within weeks of the capture, 10,000 of 14,000 were dead (fewer than 700 died in combat). Again, yellow fever led the charge against the British invasion. The lexicographer Samuel Johnson wrote, “May my country never be cursed with another such conquest!” Britain eagerly handed Havana back to Spain in 1763.

Aedes aegypti also helped to liberate colonies in the Americas. By the 1790s, populations born and raised in the Americas had childhood experience of yellow fever and perhaps of dengue. Most adults were immune to yellow fever and some of them probably immune to some dengue strains. When they sought independence from colonial powers, they had mosquito-borne disease on their side—and learned how to use it. Haiti provides the best example.

In the 1780s, St.-Domingue (as Haiti was then called) was France’s most prized colony. Half a million slaves, most of them born in Africa, powered its plantation economy. In 1791 they took advantage of the French Revolution to mount their own insurrection. Their rising threatened the entire sugar plantation system of the Caribbean, and so was unwelcome to Britain and Spain as well as to France, all of which in effect took turns trying to suppress the slave insurgency. They sent tens of thousands of European soldiers to St. Domingue, almost none of them immune or resistant to the viruses awaiting them.

The British effort cost 15,000 lives out of 24,000 committed. The French, led by Napoleon’s brother-in-law, followed with nearly 65,000 men. Nearly 55,000 died in St. Domingue, almost all of them from fevers. The defeat, at the hand of ill-equipped ex-slaves (“naked as earthworms” as their leader described them) and mosquito-borne diseases, so soured Napoleon on the Americas that he sold Louisiana to the United States for a song in 1804.

The main leader of the Haitain Revolution was an ex-slave named Toussaint L’Ouverture. He was especially attentive to matters of health and disease, having worked in a Jesuit hospital. He knew that Europeans new to the Caribbean were extremely vulnerable to yellow fever whereas people born and raised there were not. He folded this awareness into his military strategy, and urged his followers to wait for the rainy season when their enemies would “die like flies.” That they did. Haiti became free in 1804, thanks in no small part to Toussaint’s ability to exploit mosquito-borne disease.

John Robert McNeill is an environmental historian, author, and professor at Georgetown University. He is best known for Something New Under the Sun: An Environmental History of the Twentieth-century World. He is also the author of Mosquito Empires: Ecology and War in the Greater Caribbean, 1620-1914. 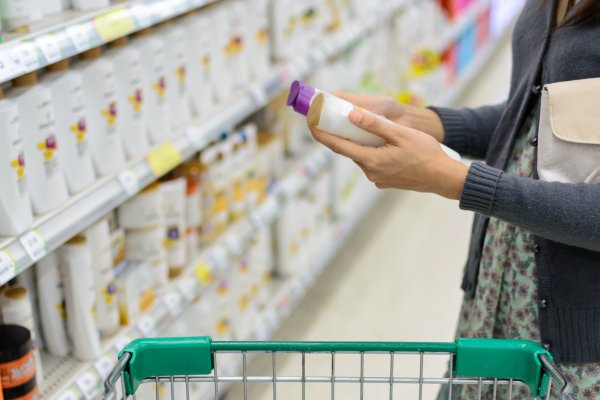 Johnson & Johnson Is Just the Tip of the Toxic Iceberg
Next Up: Editor's Pick