This image released by Netflix shows Kevin Spacey as Francis Underwood in a scene from "House of Cards."
Nathaniel E. Bell—Netflix/AP
By Daniel D'Addario

Spoilers for the first six episodes of House of Cards‘ new season are below.

In its fourth season, House of Cards is proving that it’s gotten a new lease on life—by almost taking the life of its protagonist.

The attempt on Frank Underwood’s life, undertaken by embittered journalist Lucas Goodwin, is the kind of daring narrative stroke the show had lost during the Underwood presidency. Fighting for his life, Underwood is both possessed of a new and compelling struggle after a relatively untelegenic presidency; absent from the scene while in hospital, he’s allowed the show to regain its balance and put Claire as much in the spotlight as she ought to be. House of Cards, in its first, best season, was the sort of show where the table could get entirely reset suddenly and shockingly; we’re back there now, and it’s as thrilling as it was then.

This shouldn’t work as well as it does. On Scandal, for instance, there was an early attempt on the life of President Grant (Tony Goldwyn) that was actually among the show’s less compelling twists. That was because there seemed no way that a still-growing romantic drama (among the many other things that Scandal is) would kill off its male lead. But by the time you get up to the assassination attempt on House of Cards, there seems to be a very real possibility that Underwood (played by Kevin Spacey) might die at any moment.

Why not? The season’s already been focused, to a wonderful degree, upon the world outside of the presidency and in particular on Claire (Robin Wright) trying to put together a run for Congress. Underwood isn’t just unnecessary—given that he embodies the absolute height of power, he’s a creature of the past for a show that’s hunting for new worlds to conquer.

And the show makes clear both that the president is gravely wounded and that it’s, yet again, unafraid to take out two of its key characters. Poor Meechum (Nathan Darrow) lost his life shortly after going on a giddy wall-defacing spree with his beloved President in the White House. Meanwhile, the story of Goodwin (Sebastian Arcelus), a journalist whose life had been ruined by his dedication to solving the Zoe Barnes case, is just… over: Like Rachel (Rachel Brosnahan) last season, he outlived his usefulness to the plot, and leaves it without meaningful resolution.

A show that’s once again this untethered from keeping core characters around can wring genuine tension to Underwood’s health status. The question is what the show becomes if he succumbs. For what it’s worth, I think it would still be fascinating; Claire’s quest for her own power has provided the show’s dramatic thrust for a season and a half or so, and her speedy self-insertion into international affairs was in character. But even though adherents to House of Cards may have been considering bailing by now, any show this willing to mess with its own fixed ideas is one worth sticking with.

For much of last year’s third season, Underwood (played by Kevin Spacey) seemed melancholic and adrift. Having beaten all of his rivals, almost no one in his sphere seemed even worth engaging with; the season’s only interesting twists (the death of Rachel and the end of his marriage) were external to him. Plus, his new office conferred a bit of dignity on even the greatest charlatan who occupied it; House of Cards was too Presidential. With Frank sidelined, though, every player in the assassination storyline, though, from the embittered journalist whose long-ago disaffection has far-reaching consequences to the wife finding her voice to the easily played but not quite meek Vice-President, is deeply interesting as they scramble to figure out what to do next.

Whatever that may be, there’s new reason to hope it’ll make the binge worthwhile. 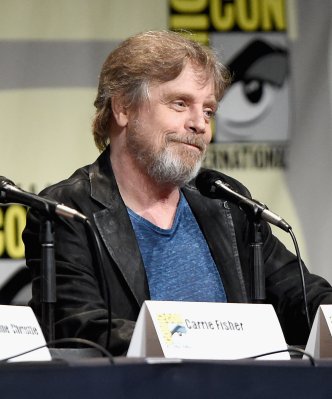 Mark Hamill Says Luke Skywalker Could Be Gay
Next Up: Editor's Pick