A couple who picked up a to-go order from an IHOP in Austin, Texas, early on Monday morning was stunned to find the words “BLACK PPL” printed on their receipt. Rolman Sparkman and Ariana Brown said they were dismayed to see the way in which their waiter, Dwayne Williams, had described them. “My girlfriend came up to me and said, ‘You see the receipt? It says black people on there,'” Sparkman said, according to Fox 7. “I said, ‘What do you mean it says black people?'”

Brown expressed concern that the description indicated that employees had tampered with their food. “What does this mean? Are you going to do something to my food or my card?” she said.

However, the couple said that what they found most shocking about the situation was the fact that Williams was also black. “People are being racist, and it’s your own people being racist toward you for no reason,” Sparkman said.

Williams has since been fired from the restaurant and IHOP has released a statement apologizing for the incident. “This was poor judgment by a team member in a single location and is contrary to our and the franchise owner’s values,” Craig Hoffman, an IHOP corporate spokesperson, told TIME. “The guests were offended and we are sorry for that. Everyone should feel welcome at our restaurants; the owner of this location has taken corrective action with the team member involved and re-trained the staff to prevent this from happening again.” 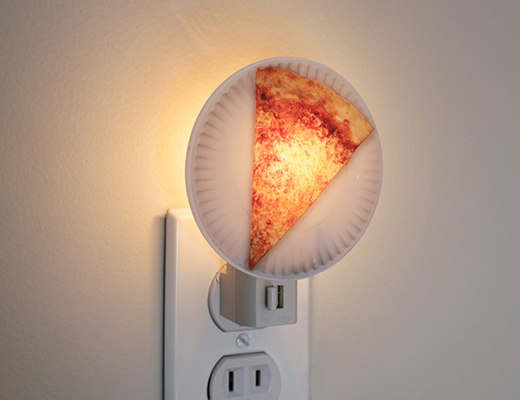 This Pizza Night Light Will Chase Away All Your Nightmares
Next Up: Editor's Pick