After Donald Trump’s wave of victories on Super Tuesday, many Americans on social media threatened to flee to Canada if he’s elected president.

At the same time, Google searches on how to move to Canada increased by at least 350% following the Republican frontrunner’s string of Super Tuesday victories. Trump swept at least seven of the 11 states that weighed in on the race.

The last time Canada saw an influx of Americans was in 2004 when then-President George W. Bush was reelected, immigration data shows.

Just 6,990 Americans became permanent residents of Canada in the year Bush beat John Kerry to return to the Oval Office, according to figures provided by Immigration, Refugees and Citizenship Canada (IRCC). That number jumped to 8,394 in 2005, the year Bush was sworn in for his second term.

Americans continued to move to Canada as permanent residents and the number skyrocketed to 10,190 — the highest recorded number since 1980 — in 2008 before falling drastically to 8,995 the next year when President Barack Obama began his term.

The IRCC told TIME in an email that it “can’t speculate on why more people applied for permanent residency” in those years. However, the pattern may show that left-wingers upset over election results may not be all talk when musing about a mass exodus. 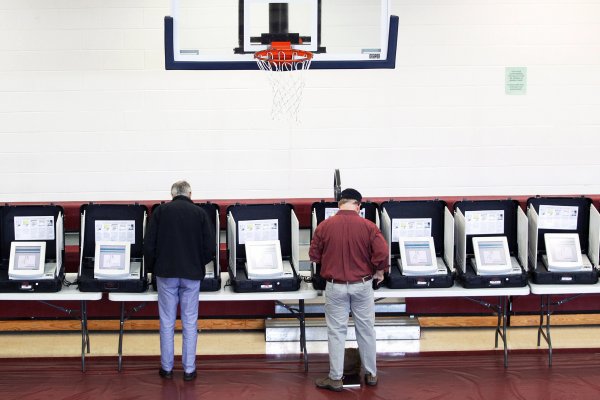