Why It's So Hard to Attack Trump

Donald Trump is the master of the attack, but until recently he hadn’t faced many himself.

The Republican front-runner, who loves to throw catchy insults at his rivals, long benefited from the fact that his fellow candidates were too busy trying to beat each other to take him on. But in recent weeks, Sens. Ted Cruz and Marco Rubio have tried to beat him at his own game.

But Trump is an untraditional candidate. It’s unclear yet which lines of attack will stick against him, either in the Republican primary or the general election.

It’s already clear, however, that Democratic front-runner Hillary Clinton’s campaign won’t wait as long as the Republican candidates did to go on offense.

In the video above, TIME Politics’ Ryan Teague Beckwith, Zeke Miller and Jay Newton-Small explain why attacks against Trump have failed to take him down so far and what to expect as the race continues. 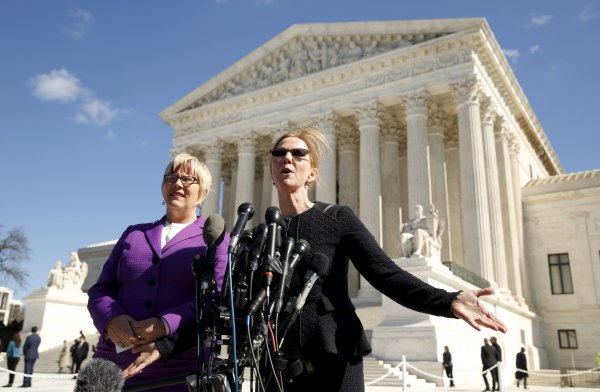