Millionaire Apologizes for Driving With Police Officer Dragging From His Jaguar

A British millionaire philanthropist has apologized for driving his car while a police officer was holding onto his steering wheel through the open driver’s window, dragging the officer alongside the vehicle and injuring him.

Sir Harry Djanogly, 77, said in court that he was driving his wife to the hospital and thought her life was in danger, the Guardian reports. When he was pulled over for speeding in his silver Jaguar, he explained his situation and continued, but after stopping shortly ahead at a red light, the officer reached through his window and grabbed the steering wheel. Djanogly says he then took his foot off the brake accidentally, taken by surprise. He says he did not put his foot on the accelerator, citing the officer’s survival as proof: “I know if I revved that car we would not see that man for dust,” he said. “He would, God forbid, have died.”

The officer suffered leg injuries and stress, for which Djanogly, a textile manufacturer thought to be worth £300 million ($422 million) said he was sorry. 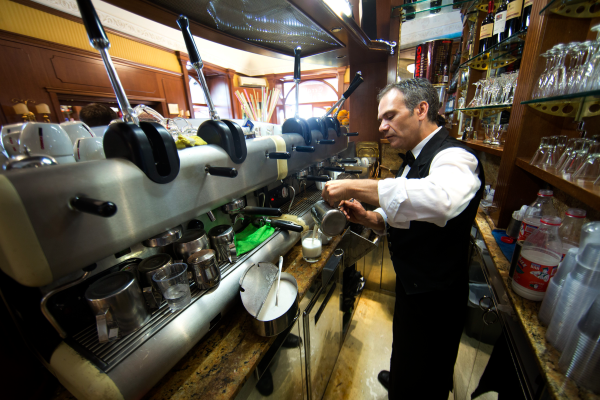 Starbucks Faces Struggle to Take on Italian Coffee Traditions
Next Up: Editor's Pick