How Climate Change May Affect Your Diet

Climate change’s effects on global food supply could lead to more than 500,000 deaths by 2050 as people around the world lose access to good nutrition, according to new research.

The study, published in the journal The Lancet, builds on previous research that has shown how droughts, floods and other weather events linked to climate change hurt global crop yields. But climate change will lead to a less healthy diet composition in addition to making food less available overall. In fact, people will be twice as likely to die from issues linked to climate-related poor diet than from undernutrition, according to the first-of-its-kind study.

“It’s not just about getting enough calories,” says Richard Choularton of the United Nations World Food Program, who was not affiliated with the research. “Calories aren’t good enough without micronutrients. Cognitive and physical development depend on eating the right things.”

The expected decline in availability of healthy foods ranks chief among the causes of the spike in malnutrition. Researchers found that on average the consumption of fruits and vegetables will decline 4% by 2050 due to climate change compared to a projection of consumption without global warming. That decline will hit the hardest in low and medium-income countries in the Western Pacific region as well as in high-income countries across the globe.

The study also confirms previous research showing that deaths due to undernutrition are most likely to occur in Southeast Asia and Africa. The effects of climate change are already visible in some of these places. Drought in Eastern and Southern Africa has left more than 1 million children undernourished this year. Food prices in those areas have skyrocketed and many farmers have struggled to produce crops.

“Poorest households spend the largest portions of their income on food,” says Heather Coleman, climate change policy manager at Oxfam International. “As food prices increase overall, of course the poor are going to be most affected.”

Study authors called on policymakers to take steps to reduce greenhouse gas emissions along the lines of the Paris Agreement, which commits countries to working to keep global temperatures from rising more than 2°C (3.6°F) by 2100. Meeting that goal would help prevent some of the most dramatic effects of climate change on agricultural production and, in turn, nutrition. But achieving the Paris goal will be difficult and researchers call for governments to adjust public health programs to meet the expectations of diminished nutrition. Addressing food waste—developed countries like the U.S. tend to throw away half their usable food—could also help address the prospect of increased malnutrition, according to the study.

“In government, there is this focus on addressing the production impacts because that’s where the science has said the problem will be,” says Choularton of efforts to address the intersection of climate and food supplies. “You have to do that, but you have to look at diet as well.” 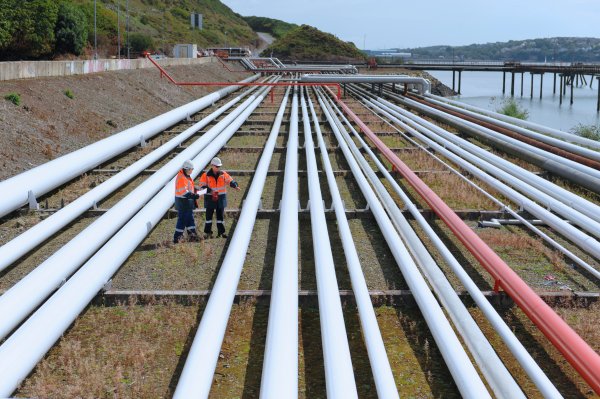 We Finally Know How Much Methane Leaked in California
Next Up: Editor's Pick