A person most at risk for skin cancer, people often think, is one with many, many moles. As long as you have normal, even skin, there seems to be little reason to get screened for skin cancer.

But that’s not the case, according to a new study published in JAMA Dermatology, which found that most people with melanoma—the most serious kind of skin cancer—do not have very many moles.

“Loads of people have been led to believe that melanoma is primarily a disease of very mole-y people or people with lots of unusual moles,” says Alan Charles Geller of the Harvard T.H. Chan School of Public Health, the study’s principal investigator. “I think that’s the main finding here: that that does not appear to be the case.”

The study looked at 566 people newly diagnosed with melanoma in California and Michigan. Doctors had counted their moles and marked any unusual moles.

Surprisingly, most people—66%—had between 0 to 20 moles, a number that physicians consider fairly small. “We were very struck by this finding,” says Geller. That trend grew even more pronounced as people aged. In people 60 years and older, only 19% had 20 or more moles. (In past research, Geller had found that middle-aged and older white men had a worse prognosis for melanoma than other demographic groups.)

MORE: This Is The Only Sunscreen Article You Need To Read

The researchers dismantled another common misconception when they found that 73% of the people in the study did not have unusual moles. (Telltale signs of unusual moles include asymmetry, irregular borders, multiple colors and a diameter wider than an eraser on a pencil.)

This doesn’t mean that moles are meaningless. Their presence is considered a strong risk factors for melanoma, and the new study showed that more unusual moles you have, the greater the likelihood was of a worse prognosis melanoma. But the findings do suggest a different public health message: that the absence of moles doesn’t mean you shouldn’t get checked for skin cancer.

“Two things have to happen: people have to check their skin, and we need to feel more comfortable with the ‘squeaky wheel gets the oil’ concept,” Geller says. In other words, more people should ask their doctors for a screening, even if they don’t have many moles.”Your doctor will be much more likely to do something for you if you ask.” 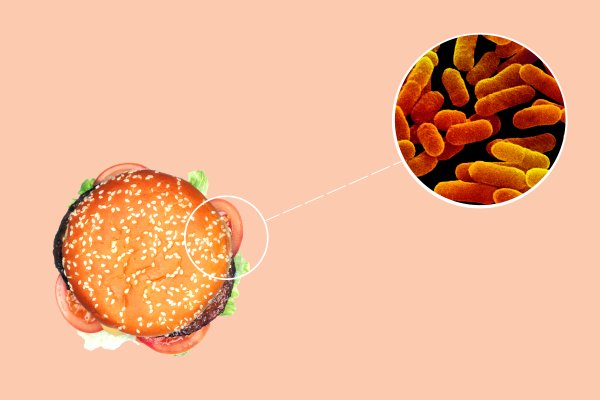 Why You're Hearing About Listeria Way More Often
Next Up: Editor's Pick