Lena Dunham Apologizes to Magazine for Accusing It of Photoshopping Her

The Girls actress apologized to Spanish magazine Tentaciones on Tuesday, one day after she accused the publication for Photoshopping her image on their March cover.

“Hey Tentaciones – thank you for sending the uncropped image (note to the confused: not unretouched, uncropped!) and for being so good natured about my request for accuracy,” Dunham, 29, wrote on Instagram.

“I understand that a whole bunch of people approved this photo before it got to you – and why wouldn’t they? I look great,” she said, adding, “But it’s a weird feeling to see a photo and not know if it’s your own body anymore (and I’m pretty sure that will never be my thigh width but I honestly can’t tell what’s been slimmed and what hasn’t.) I’m not blaming anyone (y’know, except society at large.)”

Dunham noted she has “a long and complicated history with retouching” and also made references to thigh gaps, Hillary Clinton and her battle with endometriosis.

“I wanna live in this wild world and play the game and get my work seen, and I also want to be honest about who I am and what I stand for. Maybe it’s turning 30,” she said.

“Maybe it’s seeing my candidate of choice get bashed as much for having a normal woman’s body as she is for her policies. Maybe it’s getting sick and realizing ALL that matters is that this body work, not that it be milky white and slim. But I want something different now.”

Dunham concluded her lengthy post by offering an apology and even asking to sign up for a magazine subscription.

“Thanks for helping me figure that out and sorry to make you the problem, you cool Spanish magazine you,” the actress wrote. “Time to get to the bottom of this in a bigger way. Time to walk the talk. With endless love, Lena PS I’d love the Tentaciones subscription I was offered!”

This article originally appeared at people.com 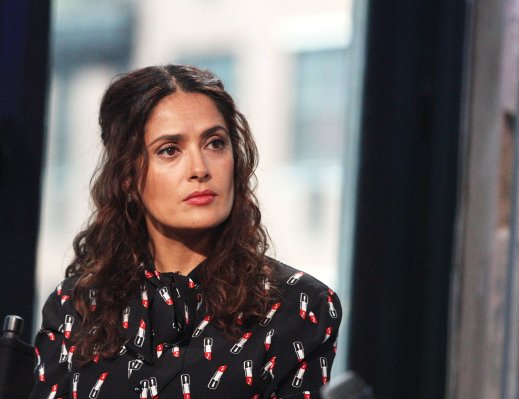 Police: Shooting of Salma Hayek's Dog Was 'Justified'
Next Up: Editor's Pick