Chinese Ships Have Taken Over an Atoll in the South China Sea, Reports Say

China has seized a disputed atoll off the coast of the Philippines in the South China Sea, Philippine media reported on Wednesday, with at least five Chinese ships denying access to Filipino fishermen.

The ships now effectively control Quirino Atoll — also known as Jackson Atoll — a spot heavily frequented by fishermen from the nearby Palawan province and several other parts of the country, the Philippine Star newspaper reported.

Local fishermen, requesting anonymity, told the Philippine Star that they were chased away from the area by Chinese boats last week, while the mayor of the northern city of Kalayaan said China has had vessels stationed there for over a month.

“They have many ships there,” Mayor Eugenio Bito-onon Jr. said, although he did not provide details.

Brigadier-General Restituto Padilla, a Philippine military spokesman, told Reuters that they were “still verifying” reports of the Chinese presence.

“We want to make sure if the presence is permanent,” he said.

The Philippines is one of several countries — along with Vietnam, Brunei, Malaysia and Taiwan — disputing China’s control of the Spratly island chain in the South China Sea and its claim that the water body is its sovereign territory. China appears to have stepped up its ever-increasing military presence in the region recently, with its deployment of missiles and fighter jets on yet another disputed island last month drawing the ire of the U.S. 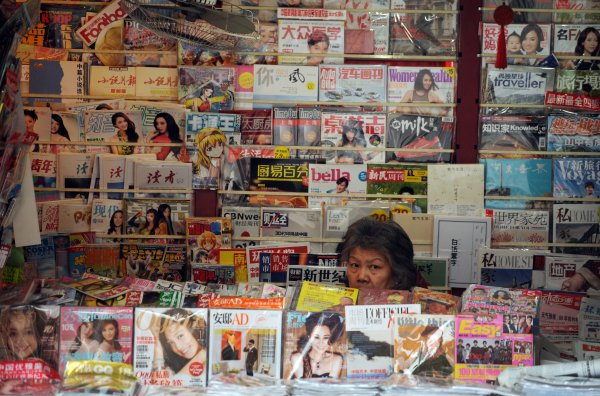 The Strangling of Chinese Expression
Next Up: Editor's Pick