Last week, Yale University granted the Australian writer Helen Garner the Windham-Campbell Prize, a purse of $150,000 awarded to around nine writers each year. But Garner received the news in her junk email folder — a note from someone at Yale who had “good news” and needed her phone number — and initially thought it was a scam.

After reaching out to her publisher and the university itself, she learned otherwise, the Sydney Morning Herald reports.

“I nearly keeled over,” Garner told the paper. “I’m staggered. I feel thrilled and validated.”

Garner, 73, has written more than a dozen books of fiction and nonfiction, most recently The House of Grief, which explores the case of a father accused of drowning his sons.

The Windham-Campbell Prize committee describes her as “one of Australia’s preeminent writers” who “finds truth in questions rather than in answers, in complexity rather than in simplicity, and in her own fervent belief that ‘there is something wild in humans.'”

She is one of nine writers this year to receive the award, which was first presented in 2013 at the behest of Sandy M. Campbell in memory of his late partner, the writer Donald Windham. This year’s recipients included Hilton Als, the New Yorker’s theater critic, and Canadian playwright Hannah Moscovitch, who, like Garner, was wary of the news she received informing her that she had won.

“I thought it was ‘Congratulations, you’ve won a cruise to Florida if you pay $200,” Moscovitch told the Globe and Mail. 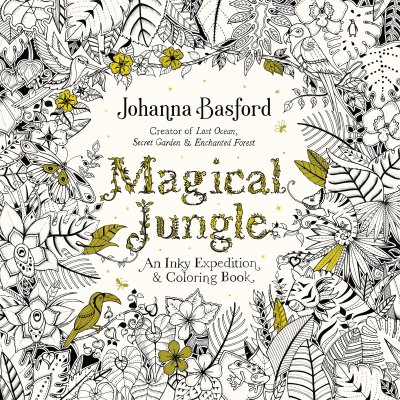 Johanna Basford Just Released Some Art from Her Next Coloring Book
Next Up: Editor's Pick