Chris Christie should step down as the governor of New Jersey or face being forced out of office, a half dozen newspapers in his home state demanded Tuesday night.

In a joint editorial, six New Jersey newspapers “fed up” with Christie called on him to vacate his role as the head of the state after his failed presidential bid and “long neglect of the state to pursue his own selfish agenda.” “For the good of the state, it’s time for Christie to do his long-neglected constituents a favor and resign as governor. If he refuses, citizens should initiate a recall effort,” the editorial reads.

The Gannett-owned newspapers, which include the Asbury Park Press and the Cherry Hill Courier-Post, said they were “disgusted” with the governor’s endorsement of Donald Trump after he spent months on the campaign trail “trashing” the Republican real estate mogul. “How could he endorse someone for president who disagrees with him on virtually every important issue?” the newspapers wrote.

The editorial also bashed Christie as an “embarrassment” and “utter disgrace,” saying the governor spent 261 full or partial days out of New Jersey last year. Christie was sworn in as governor in 2010 and was reelected in 2013. His term expires in December 2017.

“It has been obvious for at least two years that Christie has put personal ambition ahead of the interests of New Jersey citizens,” the editorial says. “New Jersey needs someone whose full attention is devoted to making life better for New Jersey’s citizens. That won’t happen until Christie steps down or is forced out.”

Christie’s office did not immediately respond to a request for comment on Wednesday. 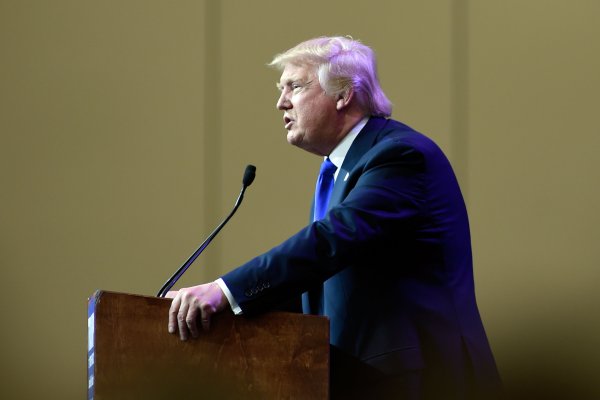 Two Weeks to Halt Trump
Next Up: Editor's Pick