When Benjamin Franklin was a boy, he yearned for a life at sea. This worried his father, so the two toured the various trades in 18th-century Boston until Ben found something else he liked: books. Eagerly, Ben’s father set his son up as an apprentice at a print shop.

Ben went on to become a revered statesman, a notoriously prolific inventor, and one of the most influential thinkers in American history. He owed most of that to his early years of voracious reading and meticulous writing—learned while at the print shop.

Franklin wasn’t born an academic savant. In fact, in his autobiography, he bemoans his subpar teenage writing skills—and outright terrible math ability. To succeed at “letters,” and eventually inventing and critical thinking and all the things which would later flow from his writer’s mind, Franklin devised a little system for mastering the writer’s craft without a tutor. To do so, he collected issues of the British culture and politics magazine, The Spectator, which had some of the best writing of his day in it, and reverse engineered the prose.

Basically, he took notes at a sentence level, sat on them for a while, and tried to recreate the sentences from his own head, without looking at the originals.

Upon comparison, he found that his vocabulary was lacking, and his prose was light on variety. So he tried the same exercise, only instead of taking straightforward notes on the articles he was imitating, he turned them into poems.

As his skill at imitating Spectator-style writing improved, he upped the challenge:

He did this over and again. Unlike the more passive method most writers use to improve their work (reading a lot), this exercise forced Franklin to pay attention to the tiny details that made the difference between decent writing and great writing:

When he says a “tolerable English writer,” he’s being humble. In a trivial amount of time, teenage Franklin became one of the best writers in New England, and shortly after that, a prodigious publisher.

I love this story because I unwittingly did something very similar when I started training to become a journalist—and again when I embarked on writing my book. Driven by insecurity in my novice writing ability, I sat down and studied my favorite writers, people like Jon Ronson and Oscar Wilde and J.K. Rowling whose work does what one of my favorite editors always told me is the hallmark of a great writing: speeds you along. And instead of simply reading their work, I studied their sentences and made neurotic spreadsheets about them.

In my early days as a journalist, I studied New York Times stories line by line: lengths, varieties, parts of speech, ledes, kickers. I would sit down with a newspaper and a pad of paper and recreate the story by hand. When I started writing my book—my first real work of significant length—I pulled out my favorite books and made spreadsheets of how the authors opened their chapters, set up tension between scenes, incorporated research and dialogue, used diction, and so on. I pulled apart my favorite feature stories by Gene Weingarten sentence by sentence, noting his use of adjectives (or lack thereof), which types of words with which he ended sentences and scenes. Then, I would write sentences or paragraphs in different styles, trying to recreate my heroes. “How would Rowling write this paragraph?” I’d write it. Then, “How would Gene write it?”

I’m no Oscar Wilde; but through these exercises (and a lot of bad writing of my own) I’ve gotten to the point where I’m a tolerable enough English writer to make a career of doing what I love.

But more importantly, like Franklin, being a better writer, and a student of good writing, has helped me become a better student of everything. Good reading and writing ability helps you to be more persuasive, learn other disciplines, and apply critical feedback more effectively to any kind of work. When hiring for my company, my first impression of a candidate is dramatically impacted by the clarity of their emails.

After building his writing muscles through his Spectator exercises, Franklin reports that he was able to finally teach himself mathematics:

Perhaps Ben’s little secret for learning to write isn’t so dissimilar from what MIT professor Seymour Papert teaches about Constructionism: that children learn more effectively by building with LEGOs than they do by listening to architecture lectures. Research shows that this tends to be the case, that it’s not just the study of tiny details that accelerates learning; the act of assembling those details yourself is what makes the difference. 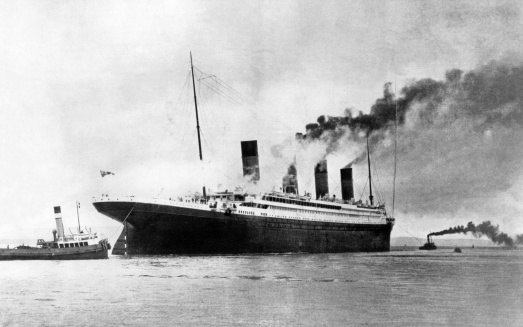 Privilege Is a Call to Give Back
Next Up: Editor's Pick