After a controversial 2015 edition, the world’s largest photojournalism competition left nothing to chance this year. Changes intended to strengthen operations at World Press Photo paid off, according to a newly released report from the organization, with fewer instances of manipulation. Still, the organizers tell TIME, the report also points to ongoing problems within the industry.

Last year, 20% of entries considered in the contest’s final round were disqualified after experts found that elements of the photographs had been manipulated, cloned or heavily processed. This year, out of 174 finalists, a slightly lower 16% of all final entries were disqualified, seven were disqualified for cloning issues and 22 for extreme processing.

“Even though it’s a big mistake, I tend to understand why they do that,” Boering says of the practice of creating multiple versions of a photo. “There are different business models out there and you combine them. But we have to be aware of the fact that if they make a mistake by sending it to us then, they’d better be careful when sending the work to a journalistic place.”

When it came to post-processing, World Press Photo introduced new rules to prevent changes in hue “to such an extent that the processed colors diverge from the original colors,” or changes in density, contrast and saturation that obscured or eliminated objects or backgrounds in the frames.

For Boering, the issue is linked to the increased technical power that resides in photographers’ hands. In recent years, companies like Adobe have made it easier for them to seamlessly alter their work, but that can tempt photographers to make unnecessary—and sometimes problematic—changes.

Boering is also mystified by the prevalence of black-and-white in submitted entries. “I’m not sure why, but there’s so many works being transformed from color to black-and-white,” he says. He cites the example of Francisco Zizola, who won Second Prize in the Contemporary Issues Stories section at this year’s World Press Photo for a series submitted in black-and-white, and Third Place in the Exodus category in the Pictures of the Year awards for the same work submitted in color.

Speaking to TIME, Zizola explains that black-and-white is “more powerful because it allows the reader to focus more on the subjects’ eyes and their feelings,” he says. “In my opinion, colors can often distract the viewers from the main focus of the image, or rather ‘the punctum’ as Roland Barthes defined it.” On the other hand, he adds, magazines and newspapers are more reluctant to publish images in black-and-white, justifying the existence of the color. “I don’t have a problem with that,” says Zizola.

World Press Photo will organize a series of talks on these topics during its Awards Days held in Amsterdam in April. 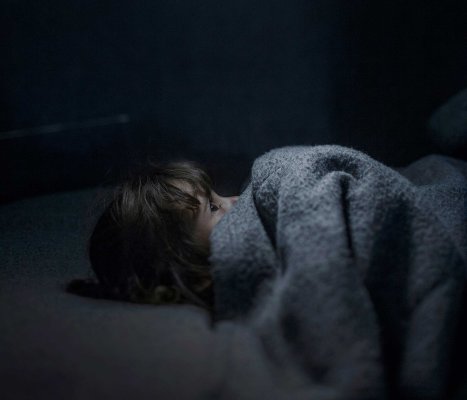