The future of abortion rights in America will likely be decided by Justice Anthony Kennedy, 79, a conservative whose previous rulings indicate a profound ambivalence about the issue.

On March 2nd, the Supreme Court will hear oral arguments in Whole Women’s Health vs. Hellerstedt, which some experts are calling the most important abortion case in a generation. The Court will decide whether to uphold HB2, a Texas law that imposes so many restrictions on abortion-providing clinics that it would likely result in the closure of three-quarters of the clinics in Texas. About half of Texas’s clinics have already been shuttered since HB2 was passed in 2013. That number could be halved again if the law is allowed to go into full effect, leaving fewer than a dozen clinics. There are more than 5 million Texas women of reproductive age.

Kennedy will likely be the swing vote on whether these restrictions are allowed to stand. The four liberal Justices, Ruth Bader Ginsburg, Elena Kagan, Sonia Sotomayor and Stephen G. Breyer, are likely to side with the clinics, while the three conservative Justices, John G. Roberts, Samuel Alito, and Clarence Thomas, are likely to side with Texas. If the court is split 4-4, the Texas law will go into effect.

The state’s case to uphold the law is being argued by Texas solicitor general Scott Keller, who clerked for Justice Kennedy early in his career. In roughly 30 years on the Supreme Court, Kennedy has twice ruled on abortion. In Planned Parenthood vs. Casey in 1992, Kennedy initially sided with the conservative justices upholding abortion restrictions before switching his vote to the plurality opinion—a decision with no clear majority—which ruled that restrictions on abortion could stand as long as they don’t create an “undue burden.” That plurality opinion included the following statements:

And included an oft-quoted statement, which many scholars have attributed to Kennedy:

Taken together, some scholars say this suggests that Kennedy might be inclined to strike down the Texas restrictions, especially since major medical groups like the American Medical Association and the American College of Obstetricians and Gynecologists have filed an amicus brief calling HB2’s restrictions “medically unnecessary.”

But Kennedy’s ruling in a 2007 abortion case suggests that he’s more conflicted than it might appear. In Gonzales vs. Carhart, Kennedy wrote the majority opinion upholding Congress’s ban on a form of late-term abortion which the legislation refers to as “partial-birth abortion.” His lengthy opinion makes it clear he’s deeply troubled by the details of this procedure. In upholding the ban, he described the gruesome-sounding details of later-term abortions at length, and repeatedly wrote that the state has at least some responsibility towards unborn children:

And he added speculation that some women might regret their decisions, a statement that has been widely slammed as patronizing and towards women who choose to have abortions.

That statement inspired a series of amicus briefs filed on behalf of clinics that perform abortions in the case at hand, including several briefs filed by prominent women who say they do not regret their abortions, but in fact credit them for allowing them to go on to live their fullest lives. Those briefs seem to be directly aimed at Kennedy, using the same “equal dignity” rhetoric he used in his gay marriage opinion. And the personal nature of the briefs also seems targeted to Justice Kennedy, especially since many scholars say his landmark opinion on gay marriage may have been inspired by the fact that he knew and respected several gay people in his personal life.

But Kennedy’s 2007 ruling indicated a deep discomfort with later-term abortions, not necessarily abortion itself–currently the vast majority of states restrict abortions in the third trimester to those that threaten the life or health of the mother. Kennedy’s 1992 ruling on Casey didn’t seem to be as disturbed by the details of early-term abortion procedures. Considering that this case is more about abortion in general than a particular type of later-term abortion, that distinction bodes well for Whole Women’s Health. 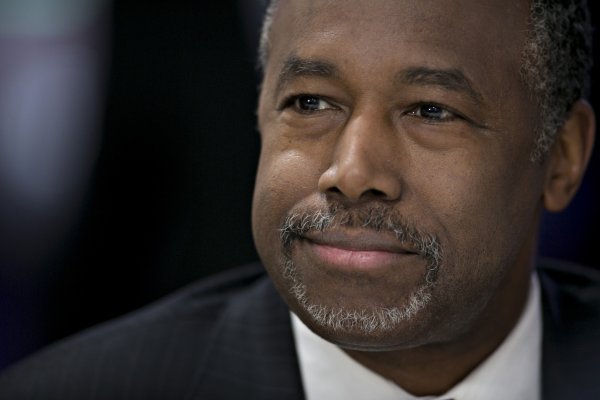 Watch Ben Carson Respond to the Haters
Next Up: Editor's Pick