7 Signs You're Not Getting Enough Sleep

In our seemingly always-on society, there’s great temptation to shortchange sleep. But sleep is a vital driver of every physiological system in the human body, and when we’re deprived of shuteye, health and wellbeing can suffer in myriad ways. Here, 7 signs it’s time to start heading to bed a little earlier.

1. Your mood is… pretty moody.
Sleep and emotional health are deeply interconnected. Patients with anxiety and depression are more likely to report chronic insomnia, according to statistics from the Harvard Medical School. And even short-term, partial sleep loss can negatively affect mood, outlook, and the quality of our most important relationships: “If you’re sleep deprived, you’re more vulnerable to crankiness, irritability, and challenges coping with stress,” says Lauren Hale, associate professor of preventive medicine in the program in public health at Stonybrook University and editor-in-chief of the journal Sleep Health. Sleep and stress can also create a nasty cycle: anxiety makes it harder to fall asleep, and then lack of sleep makes us more sensitive to the pressures of every day life, she explains.

2. Your productivity and performance are slipping.
Chronic sleep deprivation can negatively affect our abilities to reason, focus, and even find the right words to describe simple things, creating a cumulative, monumental effect in the workplace. In fact, insomnia alone is estimated to cost the American economy a staggering $63.2 billion annually in lost productivity, according to the Harvard Medical School. Often we believe it’s absolutely essential to stay up late finishing up work projects or preparing for presentations. But, it turns out, stopping work in time to wind down and get a good night’s sleep is generally the best way to improve productivity and performance overall.

Nighttime sleep and dreaming promote new learning, memory consolidation, and greater creativity, Robert Stickgold, director of the Center for Sleep and Cognition at Harvard Medical School, has discovered in a wide range of sleep studies dating back almost 40 years. Lately, though, Stickgold has also shown in newer experiments that daytime naps may do as much good for memory processing as a full night’s sleep. They even seem to trump coffee as a workday pick-me up. Caffeine does boost cognitive power for up to a half hour, “but sleep is actually taking the recent information that you’ve learned and filing it away for you so you can more effectively take in new information,” Stickgold told Time magazine in an interview last year.

3. You’re gaining weight.
People who sleep fewer than six hours at night are more likely to be overweight—and show reduced levels of the appetite-suppressing hormone leptin, along with elevated levels of hunger-stimulating hormone ghrelin—the large-scale, long-running Wisconsin Sleep Cohort study showed for the first time in 2004. More recently, researchers have identified a strong connection between lack of sleep and increased risk for developing Type 2 diabetes, a metabolic disorder frequently triggered by overeating and obesity. This prompted the medical journal Lancet to argue last year that, given the “24/7 lifestyle of modern societies,” doctors everywhere should work harder to “motivate their patients to enjoy sufficient sleep” as a way to prevent—and treat—both obesity and diabetes.

More from Real Simple: What Is Your Recurring Dream?

4. You’re not looking your best
Red, puffy eyes, dark under-eye circles, and turned-down corners of the mouth were all readily identified in sleep-deprived people participating in a recent Stockholm University study. “People can usually tell if you’ve had a rough night,” says Lauren Hale. “Even small amounts of sleep deprivation affect your appearance.”

5. Your judgment is faltering.
Accurately reading social situations and making good decisions both heavily depend on the brain’s capacity to process emotions. But when people are sleep deprived, the region of the brain involved with emotional processing, the prefrontal cortex, “basically goes to sleep,” according to Harvard Medical School sleep researcher William Killgore. And there’s evidence being sleepy makes people sneaky, too: Sleep-deprived employees are more likely to cut corners and take credit for others work, according to research reviewed by organizational psychologists Thomas W. Britt and Steve M. Jex in their new book Thriving Under Stress. Why? “Presumably,” write Jex and Britt, not getting enough Zzs results in “a reduced amount of self-control.”

6. Your libido’s flagging.
Fatigue can be an important factor when it comes to why women aren’t in the mood for sex. In particular, women involved with caring for children and aging parents frequently report being too exhausted for intimacy at the end of the day, according to the Mayo Clinic. And untreated sleep apnea—a sleep disorder that disrupts breathing and is estimated to afflict more than 18 million Americans—has also been linked to loss of libido in women. If you suspect your waning sex drive—or any other symptom of persistent fatigue—may be related to a serious health condition, such as sleep apnea or insomnia, it’s important to seek treatment for the underlying problem.

7. You’re getting drowsy during the day.
This one might seem fairly obvious—but feeling exhausted during the daytime hours is a big red flag that you aren’t clocking enough sleep at night. And the symptoms can be subtler than yawning every five minutes or needing an IV drip of coffee to prop yourself upright (think: nodding off during a boring meeting). And daytime drowsiness is more than just a nuisance—it’s also a major public health problem. The National Institutes of Health estimates that 30 percent or more of Americans are chronically underslept, with potentially deadly consequences: nodding off at the wheel is estimated to cause up to 6,000 traffic fatalities per year, according Centers for Disease Control.

Most adults need seven to nine hours of sleep, and increasingly, pre-bedtime use of tablets and other screens appears to be an important factor contributing to our collective slept debt, according to Hale. Late-evening use of screens not only suppresses the normal rise in melatonin, the hormone responsible for regulating sleep, but it revs us up just when we should be winding down, says Hale: “Whether you’re watching T.V. or engaging in social media, the experience can be very psychologically stimulating, increasing alertness and making it harder to fall asleep. Powering down before bedtime is so important.” 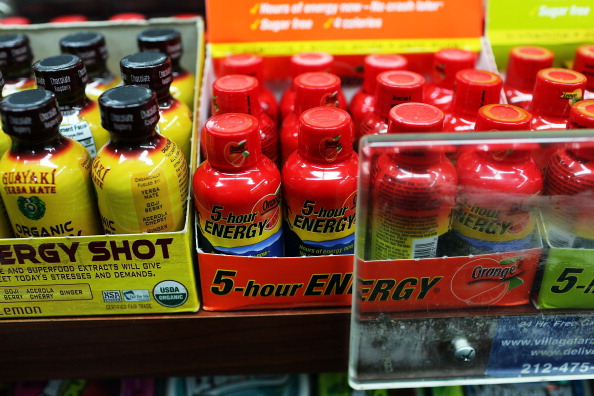