Professors in Texas may consider changing what and how they teach in light of the state’s new campus-carry law, which goes into effect Aug. 1. Texas joins seven other states that permit concealed-carry guns on public campuses—Colorado, Idaho, Kansas, Mississippi, Oregon, Texas, Utah and Wisconsin. In response, University of Houston Faculty Senate President Jonathan Snow recently suggested that faculty members should avoid discussions on sensitive topics and change their syllabi to avoid riling students.

I was pleased to see that some faculty have pushed back, insisting, as Professor Margot Backus has, that they would not change what they teach. Still, Backus told the Chronicle of Higher Education that she does not know how she would feel should the moment come when there is a confrontation in her classroom.

I know what she means.

I teach in Arizona, where there are currently no laws allowing guns on campuses, but where those laws have been proposed annually, as they were again this year. Right now, the legislation is awaiting a third reading in the house and then it goes to the senate. The Arizona Board of Regents for the public universities has voted to oppose the legislation, but there is no guarantee that its position will prevail.

The possibility that students could one day carry concealed weapons into my classroom made me reflect on whether I could have honest conversations about race and other sensitive topics. A recent classroom discussion brought the issue into focus.

In my political science class “Law and Social Change,” we have been studying the Supreme Court case Brown v Board of Education, and we read the Equal Justice Initiative Report “Lynching in America.” That was the era of Black Codes and Jim Crow and a “separate but equal” reading of the Constitution. I have black, white, Native American, Hispanic and Asian students in this class.

I began the class with a short video about Ida B. Wells, an anti-lynching crusader. In an interview in the film, Wells’ biographer Paula Giddings, makes connections between recent incidents like the slaying of six black worshippers in a church in South Carolina and the history of race and racism in the U.S. As Giddings spoke, I watched the faces of my students to gauge their responses.

After the video, we talked about the legacy of lynching in our society today—the killing of unarmed black men, women and children by police and the economic and political structures that maintain white supremacy and create racial ghettos. Some students were thoughtful, some were agitated, and more than half of the class of 40 students participated in the discussion.

As class was about to end, one white student raised his hand and said: “I just have to say that I wouldn’t mind watching some of those child molesters be lynched.” A black student exploded out of her chair: “Can you hear yourself? Where does it end? That’s the slippery slope that says it’s OK for them to lynch me, my people.”

The white student responded that he hadn’t meant that. I looked at their faces, both angry, both trying to be heard. This was a learning moment, one that happened because all of us felt safe to speak freely.

A few students looked uncomfortable. But it is OK to be uncomfortable. It is in that place between comfort and discomfort that most learning takes place.

Would I have held the same class today if I had known there were possibly guns among some of my students? What would I have been looking for as I guided the conversation about racism and lynching? Would symptoms of discomfort have looked different to me?

I don’t know. And I don’t want to know. My job is to teach. To me, that means allowing students to explore ideas that are not easy or popular or safe. Teaching means taking risks and encouraging others to do the same as we search for the deeper meaning, the more elusive truths, the harder lessons.

Yes, I could stop the conversation before it comes to confrontation, but I am afraid of what my students would lose. 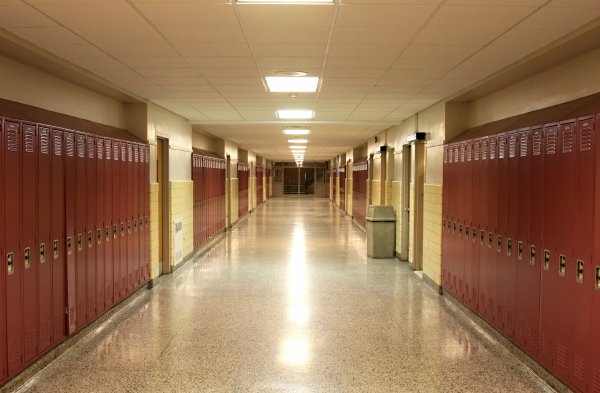