These Earbuds Will Give You Bionic Super-Hearing

The world is a prison. As I close my front gate, it slams like a heavy cell door securing itself shut. My sneaker steps on the sidewalk echo like I’m stomping with a pair of heavy boots through a cement hallway. Someplace far away, a bird chirps, but it’s drowned out by the sound of cars rumbling past like battle tanks. And my sleeves — I can even hear my sleeves brushing into my torso, the friction of every thread grating away at my nerves.

I know this sounds bad, but this is my world right now — at least while I’m wearing Here Active Listening earbuds. And then when I take them off, everything is right again. In fact, it’s a really nice day outside.

A pair of Bluetooth-connected, wireless headphones, Here looks like something you’d plug into your ears to listen to a podcast or to take a phone call. Instead, these in-ear headphones double as both a microphone and a speaker, capturing the sounds of the world around you and modulating them so they sound different once they dance across your eardrum.

So, in other words, it’s a gimmick, right?

Not so, says Noah Kraft, CEO and co-founder of Doppler Labs, the startup that has brought these $199 “hearables” to market. Doppler wanted to create a wearable device that lets users take control of their audio environment and allows them to have, essentially, “digital ears.”

“Every single person hears the world different. Some people might walk into a loud concert and think, ‘Wow, that’s perfect!’ Other people might want to turn it down,” says Kraft. “If you’re like me, and you’re an audiophile, you might walk into that room and say, ‘Huh, if it only had a little more reverb, a little more bass, I would enjoy it more.'”

To that point, Here delivers. Pairing with a smartphone app, the earbuds can modulate sound in remarkable ways, doing everything from changing the volume of the world around you to applying complex filters that change the nature of reality’s sounds.

Here, the most comfortable earpieces I’ve ever crammed into my canal, is unobtrusive to wear. Its directional performance is excellent, meaning sounds feel like they’re coming from the right direction. Volume, pitch, tone, and other variables, however, are another story. The app lets you tweak them with an equalizer, while preset filters can help block outside noise.

But Here wasn’t designed for everyday wear — at least not this version of the device. Instead, it’s geared towards live music aficionados looking to save their hearing, while also hoping to enhance the sound at shows.

Backed by musical notables like Mark Ronson, Quincy Jones and Hans Zimmer, among others, Here is partnering with Coachella this summer, giving festival attendees the chance to mainstream the technology. Last year, Doppler Lab’s Dubs noise-filtering earplugs were the show’s must-have earwear, with 100,000 pairs being distributed in welcome boxes. They then became a must-have on the concert circuit, becoming the official earplug of multiple music festivals. But while Dubs specialized in drowning sound out, Here looks to make every note matter.

With Coachella stages optimized for Here, the festival is trumpeting the tech’s arrival, emailing attendees information about the earbuds in advance and giving people an opportunity to buy a pair before the music starts. Kraft estimates some 10,000 of the festival’s 225,000 attendees will use a pair while there.

That number may not make the product seem like a runaway hit, but Doppler Labs is being deliberately slow about rolling out the new buds. Here’s initial product run of 10,000 units is now shipping; there are 50,000 people on a wait list looking to grab any leftovers.

If the Coachella crowds catapult Here to success like they did Dubs, it mark the beginning of an in-ear computing revolution. “We believe people will be wearing much more computers on their body, and we hope to be at the forefront of in-ear computing,” says Kraft. “And we think augmented reality and hearing optimization is a really unique and interesting way to get tech into people’s ear.”

Correction: The original version of this story misstated the price of the Here Active Listening earbuds. They are $199. 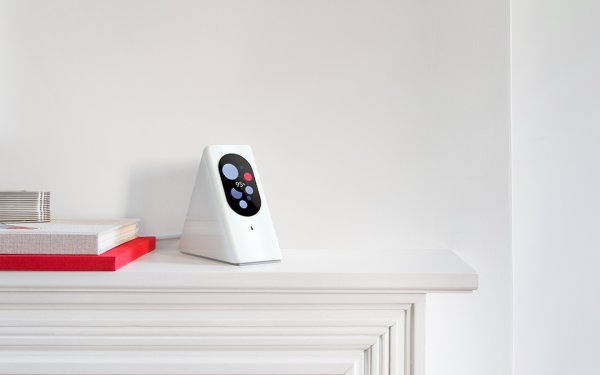 3 Gorgeous Wi-Fi Routers You Won’t Want to Hide
Next Up: Editor's Pick