World oil prices are controlled by the amount of crude oil stored at Cushing, Oklahoma. That’s because Cushing is the pricing point for WTI (West Texas Intermediate) oil prices, the most-traded oil futures contract in the world.

WTI and Brent oil prices have good negative correlation with the volume of crude oil stored at Cushing. Comparative inventory, the present volume of oil compared with the 5-year average, and oil-price volatility, the rate at which the price of oil moves up and down, are shown in Figure 1.

From the beginning of 2014 until the end of July, comparative inventory fell and world oil prices were high averaging more than $100 per barrel. From August to the time of the November 28 OPEC meeting, Cushing inventories rose and oil fell below $70. OPEC’s decision not to cut production caused a spike in volatility and prices dropped to $46 per barrel by the end of January 2015.

Prices rose in February based on hope that falling rig counts would bring declining U.S. production. Rising Cushing inventories brought markets back to reality and they fell again in March (Figures 1 and 2).

Cushing storage fell from mid-April to mid-June 2015 and oil prices rallied to $60 per barrel. Concerns about China’s economic growth and the lifting of sanctions on Iran added to flattening Cushing inventories and oil fell to near $38 per barrel by mid-August.

When inventories fell again in late August, prices increased to almost $50 per barrel and then plateaued until the end of October. Storage had flattened but the outlook for Chinese growth had improved as the People’s Bank of China announced stimulus measures.

From the beginning of November to the end of 2015, comparative inventories increased again and oil prices plunged below $30 per barrel with the near-collapse of China’s stock markets.

Flattening comparative inventories in early 2016 and rumors of an OPEC production cut and then, a partial OPEC production freeze moved oil prices back above $30 per barrel where they have remained through February.

Expectation and reality both influence oil prices but Figures 1 and 2 show that the reality of Cushing comparative inventory change is the dominant factor. World economic and political events have the power to affect oil prices but without support from Cushing storage levels, these changes are relatively short-lived.

Oilprice.com: Oil Price And Its Effect On Production

What Must Happen for Oil Prices to Increase

Cushing, Oklahoma is the largest oil-storage tank farm in the world. It has 73 million barrels of working capacity, about 13 percent of total U.S. storage. Several important oil pipelines converge there as oil moves from production sites to refineries on the Gulf Coast (Figure 3).

Few of these contracts result in delivery of physical oil. Instead, most contracts are sold forward to take advantage of the higher contango prices on later-dated contracts.

Limited refining capacity for the light, sweet crude oil from tight oil fields has resulted in the stock-piling of oil at Cushing. Since oil prices collapsed in 2014, it makes more sense to pay storage fees than to sell oil at a loss.

For oil prices to increase, Cushing inventories must fall. That means that both U.S. tight oil production, chiefly from the Bakken play, and Canadian light oil production brought by pipeline to Cushing must decline.

Bakken production was consistent in 2015 at about 1.2 million barrels per day. Canadian oil imports to the U.S. decreased from April through July 2015 and may have contributed to the fall in Cushing inventories that lead to a $15 per barrel increase in WTI prices. At the same time, decreased production from the Eagle Ford and Permian basin tight oil plays would free up storage in the Gulf Coast that might allow more oil to flow out of Cushing.

Although world events are important, Cushing comparative inventories dominate world oil prices. This does not mean that decreased production and inventories elsewhere in the world would not affect prices. It acknowledges, however, that increased North American unconventional oil production created the global over-supply that caused oil prices to collapse.

Given the history of the past 2 years, oil prices are unlikely to increase until U.S. and Canadian oil production decline enough to reduce Cushing storage. Recent flat comparative inventories suggest that near-term prices could go either way depending on flows in and out of Cushing.

A relatively small decrease of 3 to 5 million barrels in Cushing stocks could result in a $10 to $15 increase in WTI prices, similar to what happened from April through June of 2015. Conversely, an increase in stocks of a few million barrels may push oil prices into the low $20 range. It mostly depends on U.S. and Canadian unconventional oil production. 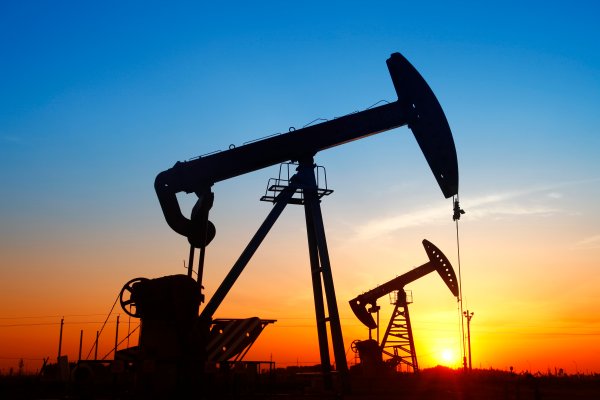 Oil Companies on Edge Ahead of Super Tuesday
Next Up: Editor's Pick