The death of Justice Antonin Scalia will likely have a profound effect on the outcome of several cases currently pending before the U.S. Supreme Court. Among the most important is Whole Women’s Health v. Hellerstedt, for which oral arguments will be heard Wednesday. This case marks the first time in nearly a decade that the court has considered the constitutionality of state laws regulating abortion.

In the aftermath of Kermit Gosnell’s 2013 conviction for murder in Pennsylvania, many states reviewed and strengthened health and safety standards for abortion clinics. Gosnell’s “house of horrors,” as prosecutors called it, was only able to flourish because the state’s regulatory and health agencies looked the other way—or didn’t look at all. Babies were born alive, then killed; women were subjected to filthy conditions; and at least one mother was fatally injured.

Sadly, there are reports of abortion clinics offering substandard care all over the country. Doctors who provide abortions like Steven Chase Brigham, James Pendergraft, Timothy Liveright and Douglas Karpen have allegedly followed in Gosnell’s footsteps. Here are a few examples:

In Delaware, two nurses who had worked at Planned Parenthood’s abortion clinic testified to the state senate that conditions there were “ridiculously unsafe” and placed women at risk for hepatitis and AIDS from a “meat-market style of assembly-line abortions.” Since January 2013, five women were allegedly sent to the hospital from the clinic.

In Virginia, the state’s busiest abortion clinic was closed after new state regulations required it to meet hospital-level building requirements. A botched abortion had sent a woman to the hospital on advanced life support, and investigation had revealed health and safety violations.

In Illinois, Ohio, Florida, and Maryland women have been injured or killed following botched abortions.

And in Texas, testimony from former staff members of the Aaron Women’s Clinic in Houston alleged that Douglas Karpen conducted illegal late-term abortions. A grand jury declined to indict Karpen.

It was partly in response to the abuses revealed at Gosnell’s clinic that the State of Texas passed a law to require abortion facilities to meet the standards for ambulatory surgery and to require physicians to have admitting privileges in a 30-mile radius of their operations. These justifiable safeguards protect the life and health of women who undergo abortions. In fact, treating abortion sites as ambulatory surgical centers was specifically recommended by the grand jury that reviewed the tragic errors Pennsylvania made in the Gosnell case.

Pro-abortion advocates argue the law places too many obstacles on women seeking care. Upholding the Texas law, the Fifth Circuit Court of Appeals found that it places no “undue burden” on women to ensure that abortion facilities and the medical personnel who run them meet the same basic standards of safety in place to protect patients who undergo other outpatient procedures. Exempting abortion facilities from the standards that govern other ambulatory medical facilities discriminates against women, who uniquely are able to undergo abortions.

In anticipation of the Supreme Court’s consideration of the case, the Susan B. Anthony List, together with Concerned Women for America, submitted an amicus brief to the Court arguing in favor of upholding the circuit court’s decision. All eyes will be on Justice Anthony Kennedy, who has in the past upheld restrictions on abortion. In Planned Parenthood v. Casey, Kennedy affirmed the essential holding of Roe v. Wade while still finding that the state “has legitimate interests from the outset of the pregnancy in protecting the health of the woman” as well as the baby.

Whole Women’s Health v. Hellerstedt will test whether those legitimate interests include protecting women’s health from unsafe abortion clinics. If Kennedy rules that it does, the court decision will likely be a 4-4 tie, in which case the lower court’s decision upholding the Texas law will stand. In a post-Scalia world, that’s the best we can hope for right now. 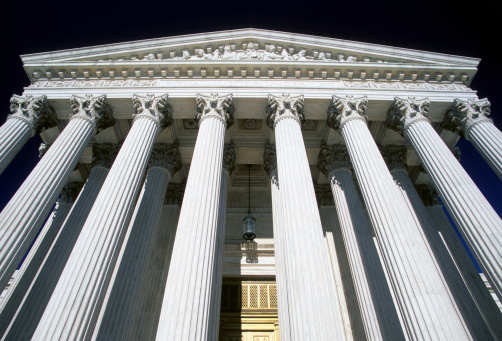