Mosul Dam on the Tigris River, around 50 km north of the Iraqi city of Mosul, Feb. 1, 2016
Safin Hamed—AFP/Getty Images
By Mark Rivett-Carnac

The U.S. has warned its citizens in Iraq to prepare evacuation plans, in the event that the country’s largest hydro-electric dam collapses, putting millions of lives at risk.

The U.S. Embassy in Baghdad said the Mosul dam faces “unprecedented risk of catastrophic failure with little warning,” a risk compounded by inadequate maintenance, but added that there was “no specific information that indicates when a breach might occur.”

“Mosul could be inundated by as much as 70 feet of water within hours of the breach,” a Monday security message read, adding that the capital Baghdad — which is home to about 6.5 million people — could be inundated within 24 to 72 hours.

Read More: Why Iraq Is So Desperate to Retake Mosul Dam From ISIS

In the worst-case scenario, up to half a million people could be killed if the dam were to collapse in the spring when water levels are highest, the New York Times reported.

But Iraqi Prime Minister Haider al-Abadi described the risk of a breach as “extremely small” and said precautions were being taken, reports Reuters.

Built three decades ago in northern Iraq, the dam holds 11 billion cubic meters of water from the Tigris River, which travels south through Mosul and Baghdad. It was the center of a military struggle in August 2014 when the extremist group the Islamic State of Iraq and Greater Syria (ISIS) briefly held the strategically significant structure, prompting fears they might destroy the dam or cut off the water supply to the south. After the Iraqi government retook it, Mosul dam faced a new threat: neglect.

Several senior U.S. officials have recently voiced their concerns about insufficient maintenance of the dam, including Colonel Steve Warren, Secretary of State John Kerry and even President Barack Obama, who mentioned the need to improve the dam’s structural integrity during a phone call with the Iraqi Prime Minister.

An Italian company, Trevi Group, now oversees repairs to the dam, which is built on an unstable foundation and requires regular grouting. 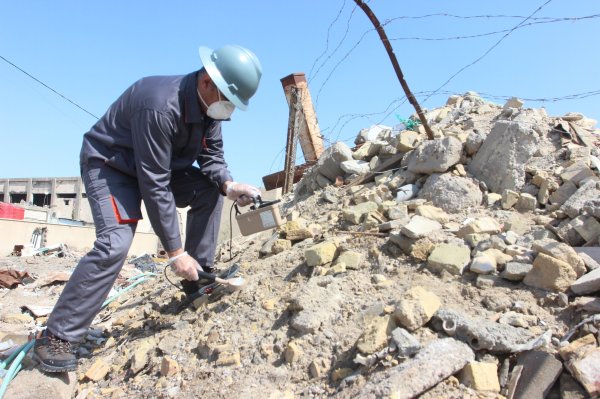