How to Spark Kids' Interest in Civil Rights

When we think of important figures in the history of civil rights, we tend to think of famous adults, like Martin Luther King, Sojourner Truth, or Harriet Tubman.

But young people have also played powerful roles, says Rebecca de Schweinitz, professor of history at Brigham Young University, and author of If We Could Change The World: Young People and America’s Long Struggle for Racial Equality.

Young people were at the heart of what many see to be a pivotal moment in American civil rights, says de Schweinitz. The ruling in Brown vs. the Board of Education, in 1954, put kids “at the center of the nation’s struggle for racial equality,” she observes.

And young black students, despite their parents’ worries and the challenges they faced in integrating schools, “readily accepted that responsibility,” says de Schweinitz. “They were agents of change, political actors who drew on American ideals and their own sense that things can and should be different to remake the world around them.”

As parents know, lecturing kids on what they should do has its limitations. But parents can start interesting conversations about how kids can make a difference.

Elementary age kids, de Schweinitz says, love stories. Especially about kids like themselves. So parents can start out by telling them about the students who integrated classrooms after the Brown decision, young people who boycotted segregated roller rinks in the 1940s, or teenager Barbara Johns, who led a student strike for equal education in Virginia which ultimately went all the way to the Supreme Court, as part of Brown vs. the Board of Education. Then, “ask questions about what is would be like to be one of those kids,” de Schweinitz suggests. “How they might respond to the conditions they faced? And why?”

Middle school kids, says de Schweinitz, can begin to think about what they could do themselves. Parents can start with questions like “what would they change in the world today?” And encourage kids to apply the lessons of the past to the future, by asking kids what they can learn from kids in the past who have worked for change.

By high school, kids can start having conversations about the personal cost of fighting for change, says de Schweinitz. Selma activist Charles Robertson observed that “kids were the ones who were the first leaders,” joining movements themselves, then encouraging adults to join. But kids didn’t do this without sacrifice, de Schweinitz says: “one of the truly striking aspects of youth activism in movement history was how much young people were consciously willing to give up.” Parents can start conversations with older kids about why young people might be more willing to work for change, and why a young person might work for change even if it cost them personally.

No matter what age, de Schweinitz says, kids have never been just pawns or followers in the long history of civil rights. Kids, she says, have always felt their “own determination to fight for racial equality. This was their movement, too.” 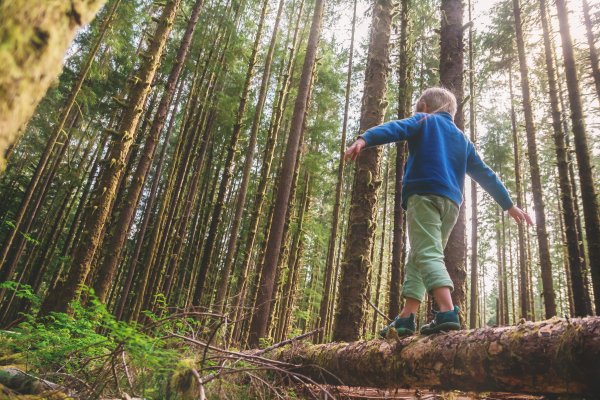 Why Germany Does Kindergarten Better Than the U.S.
Next Up: Editor's Pick