TIME Responds to Confrontation With Secret Service at Trump Event

The U.S. Secret Service and local law enforcement briefly detained a photographer on assignment for TIME at a Donald Trump rally at Radford University in Virginia Monday, following a scuffle that saw the photographer thrown to the ground in a choke hold.

Chris Morris, a veteran White House photographer working on the campaign for TIME, stepped out of the press pen to photograph a Black Lives Matter protest that interrupted the speech. A video shows that Morris swore at a Secret Service agent who tried to move Morris back into the pen. A separate video of the event shows that the agent then grabbed Morris’ neck with both hands and threw him into a table and onto the ground (see GIF below).

Video also shows that once on the ground, Morris kicked at the agent who was trying to restrain him. Later, Morris briefly put his hand on the agent’s neck. After the exchange, Morris said that he did so in order to demonstrate the choke hold he had just experienced.

TIME has contacted the U.S. Secret Service to express concerns about the level and nature of the agent’s response. Morris has also expressed remorse for his part in escalating the confrontation. A TIME spokesperson said, “We are relieved that Chris is feeling OK, and we expect him to be back at work soon.”

Unlike other presidential campaigns, which generally allow reporters and photographers to move around at events, Trump has a strict policy requiring reporters and cameramen to stay inside a gated area, which the candidate often singles out for ridicule during his speeches. The entrance to the penned area is generally monitored by the Secret Service detail, which also screens attendees at his events and personally protects the candidate.

“I’ve worked for nine years at the White House and have never had an altercation with the Secret Service,” Morris says in a statement. “What happened today was very unfortunate and unexpected. The rules at Trump events are significantly stricter than other campaigns and make it very difficult to work as a photographer, as many others have pointed out before me. I regret my role in the confrontation, but the agent’s response was disproportionate and unnecessarily violent. I hope this incident helps call attention to the challenges of press access.”

He adds: “I am shaken, but physically I am OK. I’m heading home to rest but plan to be back on the trail for TIME soon.”

The Trump campaign put out a statement following the event. “There was an incident involving a photographer and a USSS agent at today’s Radford University Trump rally,” the statement said. “We are not aware of all the details surrounding the incident and all future inquiries should be directed to local law enforcement.”

The Secret Service also put out a statement: “The Secret Service is aware of an incident involving an employee of the Secret Service that occurred earlier today in Radford, VA. At this time, our local field office is working with their law enforcement partners to determine the exact circumstances that led up to this incident. The Secret Service will provide further details as warranted once additional facts surrounding the situation are known.” 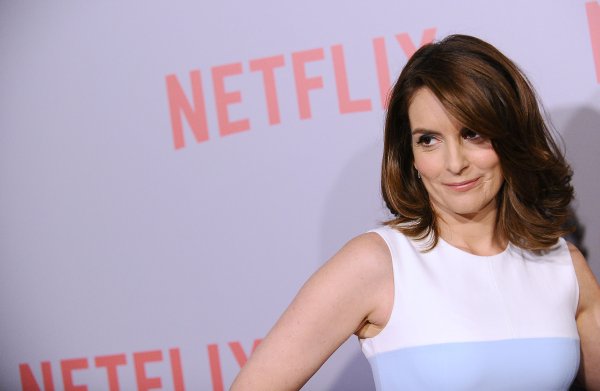 Netflix Blocks Trick to Access More Shows and Movies
Next Up: Editor's Pick