A group of men on a bachelor party trip caused a pilot to divert their flight and boot them from the plane after they got too rowdy.

Six men, including the groom, were arrested after they forced the Ryanair flight, which was headed to Slovakia, to make a detour and land in Berlin, according to CNN. They were traveling with six other companions from London, officials said.

The raucous group allegedly refused to listen to crew members and jeopardized the safety of other passengers, German police said. They were refused alcohol on board, and at least one of the men tried to strip, according to German newspaper, Bild. The half-dozen who were arrested could face civil charges and fines of up to $27,330 each, CNN reports.

“We will not tolerate unruly or disruptive behavior at any time and the safety and comfort of our customers, crew and aircraft is our number one priority,” Ryanair spokeswoman Robin Kiely said in a statement. 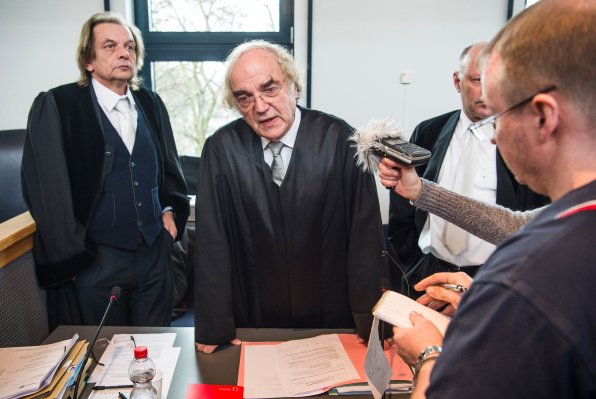