Warren Buffett’s annual letter to Berkshire Hathaway shareholders, released last Saturday, is scrutinized worldwide for economic and investing insights. Understandably so; in 2015 Berkshire had, guess what, another knockout year. Yet I can’t recall ever seeing it read as a leadership document. That’s what it is, though, and this year’s letter shows why Buffett has been so extraordinarily successful not just as in investor but also as a business leader. Three traits stand out.

-He’s optimistic. What comes through most strongly, as it does almost every year, is a powerfully upbeat attitude. No one has ever answered the call of someone who says, “Our situation is hopeless. Follow me.” Effective leaders have figured out how to be optimistic while simultaneously confronting reality, regardless of the circumstances. Buffett does that this year by responding to the presidential candidates, who “can’t stop speaking about our country’s problems (which, of course, only they can solve). As a result of this negative drumbeat, many Americans now believe that their children will not live as well as they themselves do.” Nonsense, Buffett says: “The babies being born in America today are the luckiest crop in history.”

Unfounded wishful thinking? Through simple math – this is the confronting reality part – Buffett supports his argument. He shows that even “the much-lamented 2%” annual growth of America’s economy in recent years “delivers astounding gains” in just one generation. And he’s right. At that rate, and if America’s population continues to expand as it’s doing now, real per-capita GDP will grow 34.4% in 25 years. That is indeed a giant increase, and Buffett explains its full meaning at some length. By the time he’s done, it’s hard to dispute his conclusion, based on hard facts, that “America’s kids will live far better than their parents did.”

-He explains what he’s doing so that anyone can understand it. Trusting leaders is important, but we all feel more comfortable knowing what they’re doing and why. Part of Buffett’s genius has long been his ability to explain the financial workings of a massive conglomerate in language that real people use. This year he devotes most of the letter to explaining just how each of Berkshire’s main businesses operates and how each performed. I defy anyone who reads those pages to come away confused. On the contrary, you come away thinking, “This guy knows what he’s doing.” Because he doesn’t ask you to trust him, you trust him more.

-He admits mistakes and makes no attempt to sugarcoat them. I’m not aware of any other leader who every year acknowledges his errors as openly as Buffett does. Again this year he admits “serious errors I made in my job of capital allocation” and mistakes “in evaluating either the fidelity or the ability of incumbent managers or ones I later appointed.” And then, as usual, he goes further: “I will commit more errors; you can count on that.” Again, this makes you more confident in him, not less. Yet most leaders haven’t learned that lesson.

American Express CEO Ken Chenault, a leader whom Buffett admires greatly – Berkshire owns almost 16% of Amex – says “The role of a leader is to define reality and give hope.” You won’t find that done any better than Buffett does it in this year’s letter. 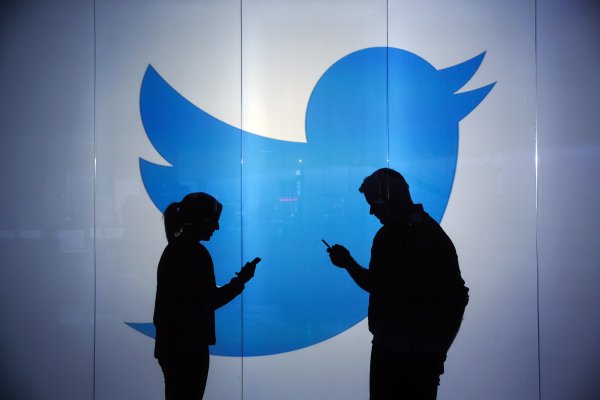 Twitter Has Lost a Staggering Amount of Money
Next Up: Editor's Pick