A handout image provided by the Academy of Motion Picture Arts and Science shows Jimmy Napes (left) and Sam Smith (right) accepting the Oscar for Best Original Song for "Writing's On The Wall" from SPECTRE during the 88th annual Academy Awards ceremony at the Dolby Theatre in Hollywood, Calif., Feb. 28, 2016.
Aaron Poole—EPA/AMPAS/Handout
By Oliver Gettell / EW.com

It’s the thought that counts.

Oscar-winning singer-songwriter Sam Smith dedicated his “Writing’s on the Wall” win to the LGBT community in a heartfelt moment Sunday night and suggested that he was the first openly gay man to claim an Academy Award — but he soon learned backstage that wasn’t quite accurate.

“Sh‑‑! F‑‑‑ that!” Smith exclaimed when told by a reporter that he wasn’t the first gay winner. “Two’s my lucky number, so it’s all good,” he added. “Who was the other person?”

During his acceptance speech, Smith had said, “I read an article a few months ago by Sir Ian McKellen and he said that no openly gay man had ever won an Oscar, and if this is the case, even if it isn’t the case, I want to dedicate this to the LGBT community all around the world. I stand here tonight as a proud gay man and I hope we can all stand together as equals one day.”

Smith apparently misread or misremembered the recent Guardianinterview in which McKellen said that no openly gay man had ever won the Oscar for best actor. 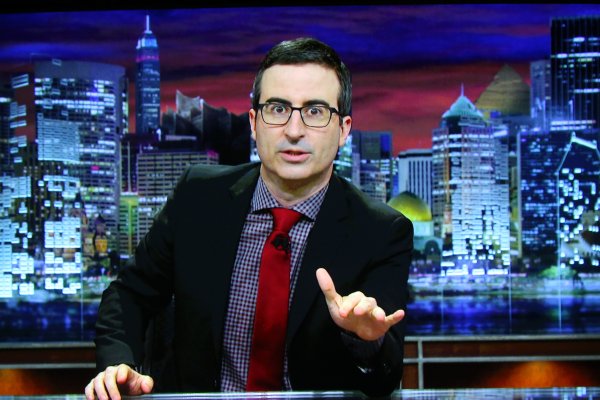