A paramilitary policeman stands guard in front of the portrait of late communist leader Mao Zedong at Tiananmen Square in Beijing on Oct. 1, 2015
Greg Baker—AFP/Getty Images
By Hannah Beech / Shanghai

On Monday, the Shanghai stock exchange recorded its lowest ebb since 2014. Earlier this month, disappointing data was missing from state statistical reports, presumably to prevent a further battering of investor confidence. As China prepares for the opening of its annual parliamentary session on Thursday, amid a flurry of worrisome economic indicators, how is Chinese President Xi Jinping addressing this state of affairs?

One solution, it appears, is to strengthen the ruling Chinese Communist Party (CCP) by studying an obscure report written by Mao Zedong even before the founding of the People’s Republic in 1949. Xi has urged “party members and cadres to study the pioneering work,” which looks at how to enhance communist discipline and encourage harmony between comrades, according to China’s official Xinhua news agency.

The report, called Work Method of Party Committees, was republished last Friday by a state publishing house and is now available in nationwide bookstores. After Xi’s homework order went out, local party branches rapidly hewed to a directive to “fully understand the essence of Xi’s comments, and strive to excel in their work style and the art of leadership, as well master the political discipline and rules in Mao’s article.” In just one example, CCP officials in an economic-development zone in Xingtai, a city in China’s north-central Hebei province, said they would visit 114 villages to promote the 67-year-old report. Xingtai party cadres will study Mao’s words on weekends and write appropriate analyses.

A Xinhua commentary on the long-forgotten report said that “although half a century has passed, it is still of great practical significance.” The document itself is rife with Management 101, such as “party secretary and committee members should place problems on the table for discussion” and if a party secretary “doesn’t understand or know something, he or she must ask subordinates, instead of quickly expressing approval or disapproval.”

Mao’s report also advises against lengthy meetings and official arrogance. “Like playing piano, we should use our 10 fingers,” the Great Helmsman wrote. “Good music comes from good coordination.” Even as Chinese state bean counters have been accused either of fudging or withholding key economic data, Mao’s article says that “we must know the statistics.”

The CCP’s recent political strength may have derived from having overseen China’s remarkable economic expansion. But growth is slowing. Rather than retreating from party doctrine at a time when China’s economy is now the world’s second largest because of market — not Marxist — reforms, President Xi has doubled down on Mao and his ideological forebears. Xi’s speeches are infused with communist rhetoric, while his deputies have warned against the spread of Western values, such as free speech and the concept of universal human rights, on college campuses. Chinese students returning with overseas MBAs have been encouraged to pledge fealty to the party, as have the nation’s military and judges.

Since taking leadership of the CCP in late 2012, Xi has unleashed an anticorruption campaign sold as instrumental in purifying the political party that has ruled China for more than 65 years. Thousands of officials have been jailed. Xi’s administration has also detained or silenced hundreds of free thinkers, such as lawyers, writers and members of civil society.

In just the latest example, over the weekend, China’s Internet censors shuttered the social-media account of retired property magnate Ren Zhiqiang, who had accumulated around 38 million followers for his political posts. In one of his most recent posts, Ren, a CCP member and former soldier, ridiculed Xi’s Feb. 19 tour of state media offices, during which the Chinese President ordered reporters to “speak for the party’s will.” Journalists have been jailed for their economic reporting during Xi’s reign. “When does the people’s government turn into the party’s government?” wrote Ren on his microblog, after Xi’s news tour, adding that if media “do not represent public interests, the people will be forgotten and abandoned!”

Others wonder if Xi’s campaign — buttressed by detentions and dogma — will pay off for the party. “Xi wants to rid the party of corruption and raise the banner of Marxism,” says Roderick MacFarquhar, a China expert at Harvard. “But even if he gets that from the people, it’s not going to be the glue that holds China together.” 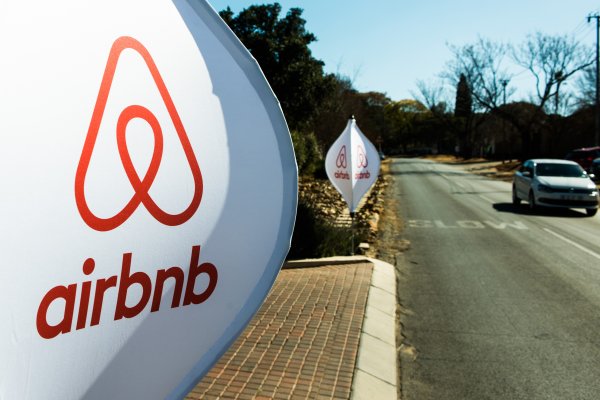 Decomposing Body Found at Home Rented on Airbnb
Next Up: Editor's Pick