A flyer with photos of five Hong Kong booksellers hangs on the entrance to Causeway Bay Books shop in Hong Kong on Feb. 5, 2016
Jerome Favre—EPA
By Simon Lewis

As Chinese authorities claimed the recent detentions of Hong Kong booksellers were triggered by mail-order sales of unauthorized books on the mainland, four of the five detained men appeared on television, confirming for the first time the reason for why they had been arrested.

The Associated Press cited a report in Chinese state-linked media saying that publishing house Mighty Current Media’s co-founder, Gui Minhai, had admitted to illegally selling more than 4,000 books that were not approved by Chinese authorities. Gui — a Swedish passport holder — disappeared from his home in Thailand in October and has already given one televised confession for a different crime, in which he appeared visibly distressed.

Three other men, Lui Por, Cheung Chi-ping and Lam Wing-kee — who are shareholders and employees of Mighty Current Media and the connected Causeway Bay Books shop — were detained during trips to China. Many believe the detentions are related to Mighty Current’s publication of salacious books about the private lives of top Chinese Communist Party officials.

The four men appeared in a broadcast on Mandarin-language station Phoenix Television confirming their involvement in the selling of “unauthorized” books in China, according to Reuters. It is unclear how Phoenix — which is privately owned in Hong Kong but seen as closely aligned with Beijing — gained access to the detained men.

A fifth Hong Kong bookseller, Lee Bo — who holds British citizenship — was not featured in the Phoenix report. Lee went missing in the territory in January before tuning up in the custody of Chinese authorities, sparking fears that he was kidnapped by mainland agents. The case has sparked widespread unease over what would be a breach of Hong Kong’s judicial autonomy amid growing fears of encroachment by Beijing. 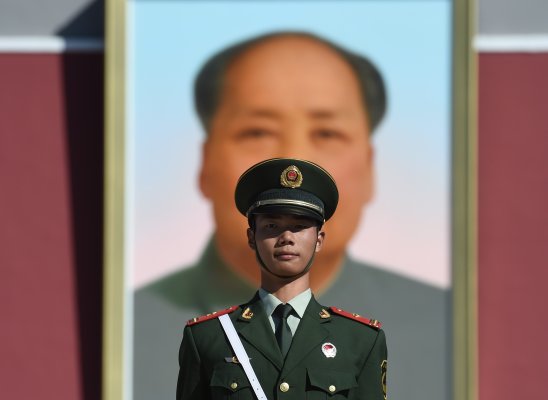