The bear from The Revenant got a shout out at the Oscars Sunday night, extending its 15 minutes of fame just a little bit longer. After Jennifer Garner and Benicio del Toro honored the Best Picture nominee, the camera cut from Leonardo DiCaprio to show a stuffed bear clapping enthusiastically in the audience.

While DiCaprio’s nominee has everyone buzzing about his chances of finally winning that golden statue, some think the bear deserves its own nomination or award.

Stuntman Glenn Ennis, who stood in for the computer-generated bear during filming, explained that the role required him to spend quite a bit of time up close and personal with the film’s star: “If you notice the bear head in the picture, they wanted the bear mouth to be right on his lower back. I was supposed to grab his jacket with my hand to make it look like the bear’s jaws were pulling it. In order to have the bear’s jaw in the small of his back, basically my face was in his butt. My face was in Leo’s butt for a fair bit of time. I can see how that’s someone’s fantasy, but it wasn’t mine!” 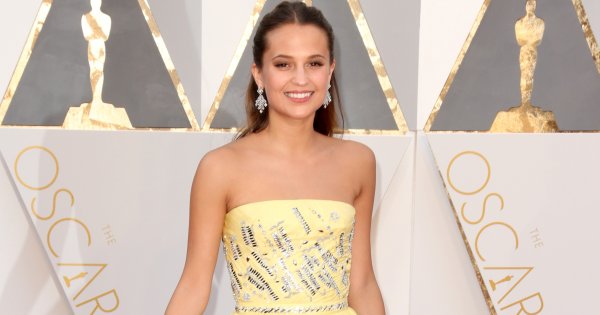 See All the Winners of the 2016 Oscars
Next Up: Editor's Pick