The ad spot shows a young boy running through the cornfields of Iowa, his grandfather’s Polaroid camera in his hands. In the background, a grain silo is burning. As the shot blends into a scene in which a photographer trails a group of soldiers in Afghanistan, the voice of photojournalist David Guttenfelder is heard: “My camera’s led me everywhere I’ve ever gone,” he says. “I saw what was happening on the other side of the world. I wanted to be there, in the middle of it all.”

The ad, a rare piece of popular media showcasing a photojournalist at work, is for Squarespace, a website design and hosting company. The ad, which will be shown for the first time on television during this year’s Academy Awards broadcast, is also more dramatic than the typical minute-long TV spot, including scenes of violence drawn from real life—but those scenes are there for a reason.

“Usually, these ads feature an athlete or some other kind of creative person,” Guttenfelder tells TIME. “I thought that it was nice that they would want to show the life, the commitment and the journey [that] people from my brotherhood and sisterhood follow to be a photojournalist.”

Squarespace approached Guttenfelder because of his “phenomenal narrative,” says David Lee, chief creative officer at Squarespace. “In our ads, we tell the stories of people who have a passion.”

Guttenfelder, a 20-year veteran of the Associated Press and now a freelance photographer represented by National Geographic Creative, started his career in Africa. Through the years, he’s worked in more than 75 countries and documented the civil war in Sierra Leone, the genocide in Rwanda, the wars in Iraq and Afghanistan, and daily life in North Korea. During all that time, he’s turned his camera on other people. This time, the spotlight is on him. Though the ad doesn’t follow his life story second by second, he says it does represent things that have really happened—a new and different sensation for the photographer. “It’s hard,” he says. “We spend our entire lives on one side of the camera, so it was hard to be willing to be in the spotlight in this way.”

Throughout the production – the ad was filmed over a week in Chile – Guttenfelder had his doubts. “I wanted this commercial to respect my colleagues, especially the ones that I grew up with and the ones that are doing this job at this moment,” says Guttenfelder. “I also thought about what my mom and my kids would think. They were the ones that had to sacrifice the most when I was away. [This job] is selfish.”

Guttenfelder says he will donate his proceeds to RISC and the Chris Hondros Fund, two organizations that work to promote safety in photojournalism. 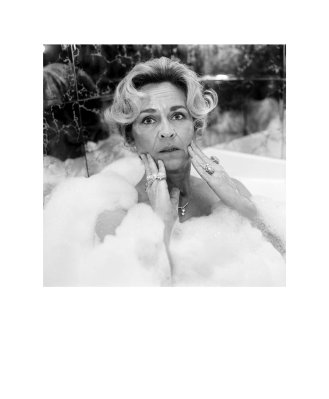 This Photographer Is Challenging Society's View of Women
Next Up: Editor's Pick