How to Deal With Your Kid’s Tantrums

They say adults who have high emotional intelligence have better relationships, are more productive at work, and have an overall better quality of life (assuming you don’t use your powers for evil). Dr. Laura Markham, a clinical psychologist at Columbia University — and mom who has road tested this stuff — says that to raise a child with a high emotional intelligence you need to do four things: Make them feel secure when they’re babies, let them feel feelings, problem solve instead of punish, and constantly be empathizing. “What most parents don’t understand is that EQ is much more important to your child’s success in life than IQ,” she points out.

That’s a tall order when you’re staring down a tantrum that can be seen on the U.S. Geological Survey’s seismograph, but the fact that you can do so without throwing a tantrum yourself means you already have a decent EQ. Here’s how to pass it on to your kid.

If you want to raise a kid who is calm, you need to chill out. Don’t let them start mirroring those bad habits you expose when you’re driving, working, paying taxes, and watching youth soccer. As an adult, you have other constructive ways of dealing with stress that don’t involve crumpling to the floor and pounding your fists.

Fatherly: What A Guy Who Doesn’t Shower Can Teach Your Kids About Cleanliness

Once your kid goes from being a wriggling poop-factory to a toddling poop-factory at about 14-months, there’s a huge developmental shift happening. They can no longer be distracted by shiny objects. Between their curiosity about all the things that can kill them (like irresistible electrical outlets or tantalizing kitchen knives) and your limited patience, you might find yourself saying “no” about 20 to 25 times a minute. Dr. Markham says, “If you smack the kid and say ‘no means no,’ at that point he is geared towards survival. He’s going to try very hard to push those feelings down deep inside. He does not want to mess with mom and dad because they’re like gods to him. You’re six times his size, in charge of whether he lives or dies, honestly. His survival is completely wrapped up in pleasing you.”

The “feeling feelings” bit doesn’t mean that Dr. Markham is some woo-woo parenting hippy — it means she understands how toddlers process this stuff. “There are times that your three-year-old doesn’t want to get into the car seat, and you’re going to have to strap them in against their will,” she says. “It’s going to happen. I’m not saying you don’t resort to that when you need to. But every time you do there will be pushback later in the form of another power struggle.”

Being Strict Doesn’t Do What You Think It Does

“Parents who are strict think that they’re developing self-discipline in their child — it’s the opposite,” says Dr. Markham. “They’re overriding it and putting in their own external discipline.” This sounds controversial to those who grew up in homes where “timeouts” were mandatory minimum sentences, but Markham insists you can’t punish your way to a kid with good emotional intelligence.

But you can’t laissez-faire your way to one, either. “You also don’t give a kid what they want whenever they want it. A three-year-old isn’t capable of running his own life, much less your household. He will stay up all night. He will watch TV all day. He’ll just gorge on candy. That’s the lack of a prefrontal cortex. There are adults who have a hard time with those things.” So what does this achievable middle ground look like?

Fatherly: I Researched How Having A Child Rewired My Brain And It Blew My Mind

“There’s no way to safely explore dangerous things. They won’t be able to understand it intellectually, you can’t explain it, you just have to say no,” says Dr. Markham, but she also presents a better way to stop the power struggle over things like vegetables or clothing.

In those moments you think you have to put your foot down, you might just be playing that card for the sake of getting out the door. If you can be patient, there’s a world of good that can come from giving your child agency over the little things.

For example, your kid — like most kids — doesn’t want to wear a coat. Your assumption is they will get pneumonia, and you’ll spend the next three months in a doctor’s office. Their assumption is “I don’t need a coat.” So, let them go outside for five minutes without their coat — maybe go out with them in your nice, cozy, warm coat and see how they do. Odds are, the elements are going to win the coat argument.

“Most adults think the limits they set for their children are about safety,” says Dr. Markham. “But they aren’t.”

When The Tantrum Begins

Say your toddler is having a classic playground meltdown. You want to leave; they want to stay. The power struggle escalates. Soon they’re bawling and clawing at you (or clawbing as they say in the biz), and all the parents are staring like you’re one who brought the tiny drunk girl to the party. Instead of either throwing them over your shoulder and going home or ignoring them like they’re not your kid, Dr. Markham suggests setting empathic limits. That means not yelling at them for wanting to get their way, and not pushing them on a swing indefinitely. You draw your line in the sandbox:

Fatherly: I’m A Family Psychologist And These Are The 20 Most Common Parenting Mistakes I See

You and your wife are the CEOs of the house (try roleplaying!), so start acting like leaders. “Bosses who are effective don’t say, ‘You didn’t get your project done, try again next week.'” They’re also not the ones who humiliate you in front of the rest of the staff. The boss that’s effective says, ‘This is the deal, and I totally understand why you had a problem with it, let’s work together to see how we can make it better.’ That’s the kind of leader you want to be with your kid,” says Dr. Markham. “You are being the safe, secure leader that your child can trust to help them handle it.” Also, institute summer Fridays.

Do This Now Or Their Teen Years Will Be … Worse

“How you respond at 3 will have a lot of influence on what they’re like at 13. It’s a lot harder to do what I’m describing; I’m not going to pretend it isn’t. Parents think, ‘I don’t have all day, this is coddling.’ Yes, but I want to raise emotionally intelligent kids. You’ll have teenagers who are independent but will ask for advice, not be defiant, and be honest with you. It’s way more work when they’re 3, but a lot less work in the teen years.” 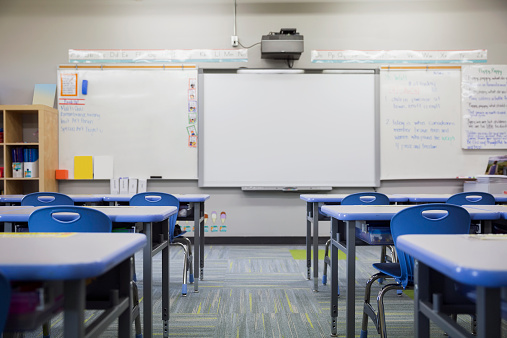