Here's the First Official Photo of the Harry Potter Play

The first official photo of the entire cast of Harry Potter and the Cursed Child is here. The West End play will continue Harry Potter’s story from where the final book left off, and now we have more details about the full cast.

A new photo released shows author J.K. Rowling with the cast, creative team and producers of the show, featuring all 42 actors who’ll bring the wizarding world to the stage this summer. It was previously only reported who would play Harry, Ron and Hermione. The casting of Noma Dumezweni, a black woman, as Hermione Granger sparked much discussion, with Rowling and others associated with the franchise endorsing the decision.

It is still unclear, though, which character each actor will be playing—a few young boys featured make it difficult to figure out who’s playing Albus Severus Potter, the Cursed Child himself.

The production — based on a story by Rowling and written by Jack Thorne — features Harry, Hermione and Ron as adults working at the Ministry of Magic. The script will be published as an eBook by Pottermore, Rowling’s digital publishing platform, and in hardcover by Scholastic in the U.S. The first printing will be a “Special Rehearsal Edition,” reflecting the script from the early part of the preview period, and a later “Definitive Collector’s Edition” will present the finalized version (as many plays make small changes during previews).

The play premieres on July 30, and the book will be released July 31, which just so happens to be The Chosen One’s birthday. 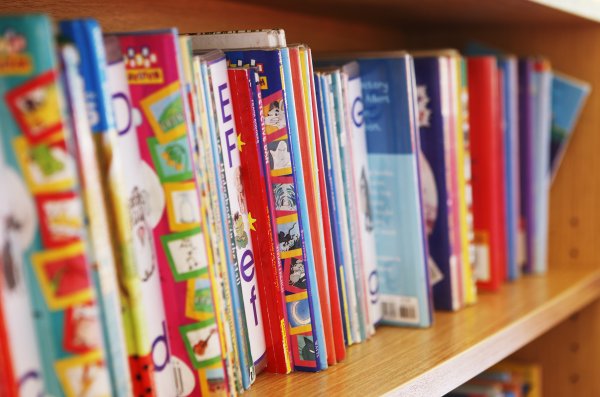