A military court mistakenly sentences a toddler to life in prison. A police officer shoots a driver dead on a busy Cairo street. A judge sends a writer to jail over salacious scenes in a novel.

As a result of those headlines and others, Egypt’s judiciary and security forces are facing a sudden increase in public anger over rights abuses. Calls for reform have moved from the street to the media and even to the floor of the Egyptian parliament, a body usually regarded as little more than a rubber-stamp appendage of the regime.

Discontent with the police and judicial system also cropped up this week in Egypt’s mainstream news media, including critical words from voices normally sympathetic to the state and to the regime of President Abdel-Fattah al-Sisi. The increased scrutiny, particularly of the police, has played out in the pages of Egypt’s newspapers, and on Feb. 12, thousands of doctors held a rare demonstration over the beating and arrest of two physicians.

Read More: The Night Before Mubarak Stepped Down

The uproar poses a serious challenge for Sisi a former military chief who came to power following an army coup in July 2013. Sisi has maintained a tight grip on the government and presided over an increasingly authoritarian state. But he is now grappling with the problem of managing vast state institutions—including the judiciary—that maintain a degree of autonomy even from a very powerful executive.

Sisi is evidently feeling some of the pressure, responding to recent criticism in an emotional televised speech on Wednesday. “No one should abuse my patience and good manners to bring down the state,” he said in a rambling 90-minute address in Cairo. “I swear by God that anyone who comes near it, I will remove him from the face of the Earth. I am telling you this as the whole of Egypt is listening. What do you think you’re doing? Who are you?” he said, according to the Associated Press.

The judiciary and security forces have been on the leading edge of a violent crackdown on critics of the state since the military takeover that ousted President Mohamed Morsi of the Muslim Brotherhood in July 2013. Since then, the authorities have detained tens of thousands of people—activists, students, and bystanders—in a security campaign intended to quell the years of unrest that followed the 2011 uprising that toppled president Hosni Mubarak.

Yet several recent incidents have managed to enrage even cynical Egyptians, underscoring the lack of accountability for the actions of the judges, prosecutors and security officials. On Feb. 18 a police sergeant shot a driver in the head, killing him, following an argument, according to prosecutors. The officer was forced to flee the scene of the killing on the street in the working class district of Darb al-Ahmar after a crowd of outraged residents rose up against him.

The murder prompted renewed calls for reform of the Interior Ministry following years in which police have expanded their lethal use of force. According to the respected Nadeem Center for Rehabilitation of Victims of Violence—which is itself facing closure by state authorities—474 people died at the hands of the security forces in 2015.

Two days later, an appeals court sentenced novelist Ahmed Naji to two years in prison for the crime of “violating public modesty” over a published excerpt of a novel that depicted sex and drug use among Cairo’s disaffected young people. Naji’s sentencing escalated the media backlash, with some figures holding Sisi himself responsible for the actions of the court. In a column published after the ruling, the influential pundit Ibrahim Eissa—a dissident under Mubarak who backed the military’s 2013 removal of Morsi—accused Sisi of running a “theocracy.” That’s an inflammatory charge—Sisi justified the military’s overthrow of the Islamist-led government of Morsi in part over fears that the Brotherhood would impose just such a theocracy.

And then there’s the baffling case of three-year-old Ahmed Mansour Qurni Sharara, who on Feb. 16 was sentenced by a military court sentenced to life in prison. The boy was one of 116 people tried in connection with a January 2014 anti-government protest in Fayoum, a town about 60 miles southwest of Cairo. Such mass trials, in which dozens or hundreds of people are tried on one set of criminal charges, in civilian or military court, have become commonplace as the judicial system processes thousands of detainees and others charged in connection with protests that have occurred since the 2013 military takeover.

During the protests in Fayoum, security forces dispersed the crowd using teargas and live ammunition, killing three people. Prosecutors then filed charges against what Human Rights Watch called “a seemingly random assortment of Fayoum residents,” including the brothers of two of the dead protesters and a dead man, according to Human Rights Watch, which cited a lawyer researching the case.

When police arrived at the child’s home to arrest him in 2014, his family presented a birth certificate proving Sharara was a young child. But the officers refused to believe them, and instead arrested the boy’s father in his place, detaining him for four months. After the sentences were handed down on Feb. 16—and after news that a toddler had been sentenced to jail became public—Egypt’s military spokesman’s office said the three-year-old’s name was mistakenly listed in the case. Rather, the authorities had intended to charge a 16-year-old student of the same name, the spokesman said in a statement.

The Sharara case was extreme, but such errors are commonplace in the mass trials. “The military courts are chosen precisely because they’re rapid, and have fewer procedural safeguards,” says Nathan Brown, an expert on the Egyptian judiciary and a political scientist at George Washington University. “So something like this is easily conceivable.”

The absurdity of the case came into full public view when a beaming young Ahmed, apparently unaware of the legal ordeal he was facing, appeared alongside his parents in a television interview apparently filmed in the family’s living room. “This case exemplifies the banality of repression in Egypt today,” said Joe Stork, deputy Middle East director at Human Rights Watch, in a statement.

It’s clear from his rhetoric and his action that Sisi is leading the broader crackdown on dissidents, but it’s increasingly less obvious that he actually controls all the rival state institutions that are taking part. In previous cases in recent years, judges have sentenced hundreds to death in mass trials, and sent three Al Jazeera journalists to prison on charges of collaborating with terrorists in a case where the supposed evidence included video of a horse and a news report on sheep farming. “They’re acting with a lot of institutional independence but at the same time, they’re influenced by the general authoritarian, conservative political climate,” says Karim Medhat Ennarah, a researcher at the Egyptian Initiative for Personal Rights, a leading watchdog group.

By continuing the clampdown on dissidents, analysts say Egypt’s current regime is showing its own concerns about the country’s political stability. That could backfire—the Arab Spring protests of 2011 are still fresh in many Egyptians’ minds, and popular resentment at police abuses was one of the key drivers of the revolt. Despite the ministry’s denials, critics say Egypt’s security forces and judiciary are acting without serious oversight. “I think this is a regime that is no longer able to present a coherent vision, or even any serious public policy successes to the population,” says Brown. “That doesn’t necessarily mean there’s going to be a new uprising tomorrow, but it does mean that the dis-coordination, the policy failures, and the lack of accountability in this system are now subjects for public discussion.”

The implications of the media debate over recent state abuses are also unclear. Rasha Abdulla, an expert on Egyptian media and Associate Professor at the American University in Cairo, said coverage of the Fayoum toddler case treated it as a “human interest disaster,” rather than as a sign of systematic failure. The media outrage could dissipate over time, rather than adding up to any kind of change. “It could also be a venting mechanism,” she says. “In the Mubarak days some of these people have definitely played that role before, to have people empathize with what they’re saying and vent along with them, and that in the long run prevents more abrupt or more aggressive venting from happening.” After all, Egyptians—Sisi included—have very recent experience with how popular uprisings can topple governments. 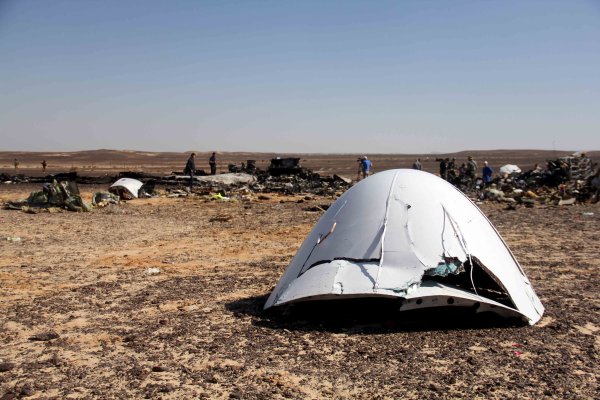