With Oscar Sunday around the corner, prognosticators are issuing their final say as to who will win and who should win. And though the Best Actor race has focused on a certain longtime runner-up, much of the should win talk has centered on the man who resurrected Steve Jobs for the big screen: Michael Fassbender. The German-Irish actor, who’s up for his second Academy Award and first for a leading role, received widespread praise for his intense, studied performance in Steve Jobs, playing the Apple pioneer during three high-stakes moments in his career.

Fassbender spoke to TIME about the Shakespearean couple of years he’s had, the problem with picking winners and losers in cinema and whether we may someday see him as a man of song and dance.

TIME: I’ve heard Steve Jobs, the film, described as Shakespearean, which is a bit of a coincidence given that you recently played Macbeth. Do you think that’s an accurate description?

Michael Fassbender: Definitely. The way Aaron [Sorkin] writes to a rhythm wouldn’t be dissimilar to the way that Shakespeare is written in verse. And the relationship between Jeff Daniels’ character, John Sculley, and Steve Jobs, the sort of Shakespearean father-son relationship, I think that would be an accurate description.

Was it more difficult memorizing 182 pages of dialogue for Steve Jobs or memorizing Shakespearean verse?

The Jobs script was harder.

There’s such a mythology around Jobs, one which some would argue he helped to cultivate. Do you see this film as trying to break through that mythology and get at a certain truth?

It’s a dramatic story, not a biopic. I think Steve Jobs did sort of encourage his own mythology. We think of the turtleneck and the Levi’s jeans and the memory resounds. And picking Walter Isaacson to write his biography—that wasn’t coincidence. We’re just exploring the person that changed the way that we all live our lives. And if you do that, you leave yourself open to people telling these interpretations.

Did you become a connoisseur of Apple products to play the part? Can you fix my iPhone?

I definitely cannot. The irony is that I’m probably the worst person to come to if any of your devices are not functioning correctly.

A lot of people were surprised the movie didn’t fare better at the box office. How much weight do you put into box office performance?

Of course it’s a bummer. You want people to see it. It costs a lot to make films and market them. But I don’t see it as my responsibility. I put in the best performance I can and hold up my end of the bargain. But the weight of the box office figures—I can’t take on that as well. People will go see what they want to go see. Going to the cinema takes energy and money, and a lot of people have very good home entertainment systems. But I think people will watch it in time and it will survive the test of time.

Between the festival circuit, theatrical release and awards season, do you get fatigued talking about a movie for months on end?

To be honest, it’s just hard listening to yourself talking, trying not to repeat yourself. But for the most part I don’t mind it at all. It’s interesting to talk to intelligent people, and if it encourages people to see the movie, then all the better. I would be lying and I would be very precious if I said that it’s hard work or it’s a drag. I’m in a very privileged position and I’m very aware of that.

What do you make of all the awards-season buzz?

I feel very honored to be recognized by my peers and my industry. Also within that, I keep a healthy perspective on it. It’s the arts, so everything’s subjective. To say one thing or another thing is better or the best is very difficult. Just to be amongst it, I feel very lucky and flattered. But it’s not like running a race where one person comes across the line first. It’s just a very subjective medium.

It’s always funny to me when people talk about “winners and losers.” If you’re nominated for an award and it goes to someone else, the idea that that’s a loss seems a bit detached from reality.

Maybe as a society we’re a little bit obsessed with those things. But I just think trying to get good stories out there and provoke thought and conversation and reflection, that’s the goal. Everything else is a bonus.

After playing a lot of very intense characters over the past several years, do you have any desire to play some lighter roles?

Yes! I go back to doing the follow-up to Prometheus, Alien Covenant, in April. That was a pretty fun character—I mean he was quite sinister, as well—but I’d love to do comedy or lighter characters. I’m always open to it. It just kind of happened this way. I don’t know why.

I heard a rumor that you might be doing a musical?

That’s a rumor that Steve [McQueen] and I started. I would love to do a musical with Steve one day. No specifics yet. 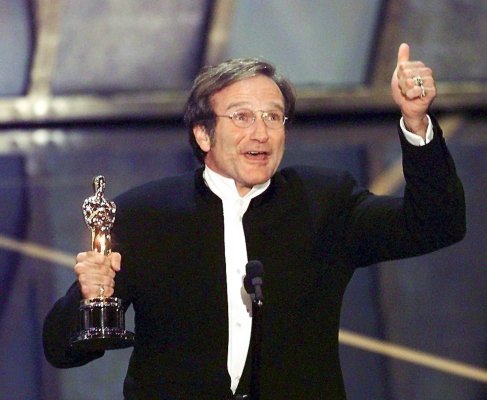 Watch 13 of the Most Inspiring Oscar Speeches Ever
Next Up: Editor's Pick