4 Things to Know About India's Next Budget

Indian Prime Minister Narendra Modi’s second year in office has been a tumultuous one, with persistent political battles and setbacks on the domestic front. In 2014, Modi campaigned and won office with a promise to usher in economic reforms to fan growth and generate jobs. But some of his biggest initiatives are yet to get off the ground.

Meanwhile, his government’s first two budgets—one in 2014, just months after he took office, followed by a full budget in 2015—have failed to excite economic commentators hoping for a bold new wave of reforms. All eyes are therefore focused on his government’s third budget, which will be delivered by Finance Minister Arun Jaitley on Feb. 29. Here’s what you need to know ahead of the announcement:

Although Modi’s Hindu nationalist Bharatiya Janata Party controls the lower house of India’s legislature, it’s in a minority in the upper house, where he needs the support of opposition parties such as the Congress to turn his initiatives into law. But the Prime Minister has struggled to build a political consensus. The result: key initiatives championed by Modi, such as a measure to implement a national goods and services tax (GST) to replace a maze of state-level levies, remain stuck in Parliament. In the case of another set of reforms to simplify the procedure for the acquisition of land for development projects, Modi was forced to backtrack last year amid opposition criticism that his initiative was against the interests of farmers.

“From the investor perspective, people will be looking for much firmer signs of reform on the GST, as opposed to some kind of rhetoric that might be mentioned in the budget,” says Shilan Shah, India economist at Capital Economics, an economic research consultancy. “You don’t really see any prospect for a bill being passed anytime soon, which is obviously going to hold back growth over the longer term.”

Electoral setbacks have taken the shine off Modi’s popular image

The scale of Modi’s election victory in 2014, when his party secured the biggest majority in the lower house of parliament in thirty years, surprised even the most seasoned Indian political observers. Across India, all the talk was of a “Modi wave,” with the Prime Minister seeming politically invincible. That began to change with a crushing electoral defeat for the BJP in a provincial election in the national capital New Delhi in early 2015. The biggest blow, however, was yet to come: in November, an alliance of opposition parties roundly defeated the BJP in Bihar, despite Modi making multiple trips to the eastern Indian state to whip up support.

For Modi, state-level wins for the BJP are critical, as it is state assemblies that send members to the indirectly-elected upper house of the national parliament, where the Prime Minister has failed to win over the opposition.

With several more state elections in provinces such as West Bengal and Kerala due in the months to come, the budget could have a more populist tone as the government keeps one eye on the Indian electoral calendar. “Politically this is one of the more difficult years facing the BJP,” Shah says, adding that the budget “will probably edge toward the slightly more populist side” as a result.

Although economic growth is strong, Modi’s impact has been questioned

Even as Modi faces growing parliamentary opposition and concerns rise about his government’s attitude toward dissent and free speech, India’s economy has been expanding at a healthy rate. Last year, with GDP growth of 7.5%, it was the world’s fastest growing large economy, a fact often highlighted by Modi’s supporters. But skeptics question Modi’s role in driving growth, as India, which imports around 80% of the oil it needs, benefits from a prolonged period of low global oil prices. India’s economy also stands out as a relative out-performer as China’s encounters a slowdown.

In late January, the Reuters news agency, citing senior government sources, reported that a cabinet reshuffle may on the cards as Modi tries to reinvigorate his top team. Although the Prime Minister’s spokesman declined to comment and an official in Jaitley’s office denied knowledge of a reshuffle, the report suggested that Jaitley could be moved to the defense ministry. While there is no clear indication about who might replace him at the finance ministry, Modi’s Power and Coal minister Piyush Goyal has been mooted as potential candidate. 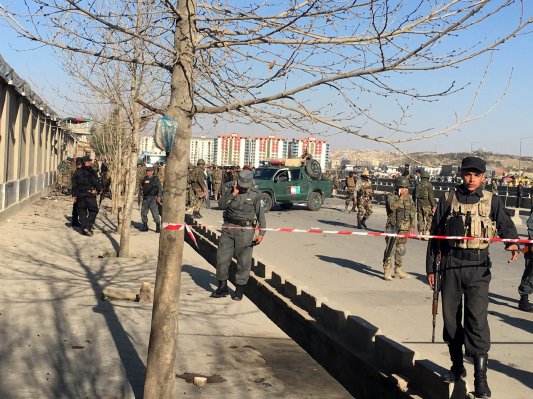 Suicide Bomber Kills at Least 11 in Afghanistan
Next Up: Editor's Pick