Coming Weeks Will Be 'Critical' to Syria's Future, Obama Says

The next few weeks, including a two-week cease-fire set to begin on Friday, will be “critical” to Syria’s future, according to President Obama.

Obama said the truce would only succeed if all parties, including the Syrian government and Russia, adhered to the terms of the agreement and ceased all hostilities in the war-torn region, reports the BBC.

“The world will be watching,” he added.

Obama acknowledged that violence in the country would not immediately cease because of rivalry between rebel groups and the ongoing effort to eradicate the Islamic State of Iraq and Greater Syria (ISIS) extremist group.

“More people are realizing that [ISIS] is not a caliphate, it’s a crime ring. They are not winning over hearts and minds, they are under pressure,” he said.

The main opposition umbrella group representing rebels trying to depose Syrian President Bashar Assad has accepted the two-week truce, as has a northern Kurdish militia called the Popular Protection Units, also known as YPG, although the latter said it would retaliate against any attacks.

The High Negotiations Committee, however, has expressed apprehension that Russian and Syrian forces would continue air strikes against rebel allies of Jabhat al-Nusra, a militant group affiliated with al-Qaeda that, along with ISIS, will be excluded from the cease-fire. 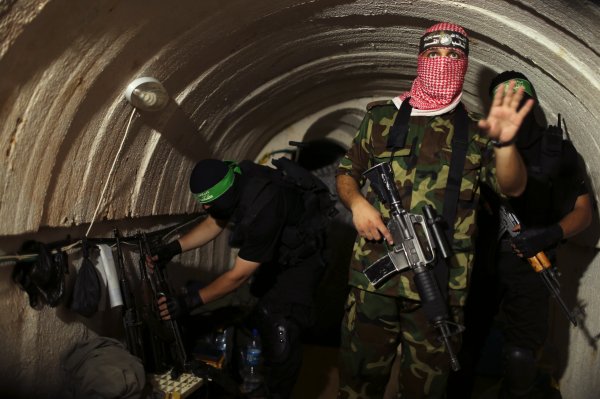 Israel's Next War Could Be Fought Underground
Next Up: Editor's Pick