Governor Brian Sandoval of Nevada has made it official. He does not wish to be considered to fill the Supreme Court vacancy left by Justice Antonin Scalia’s death.

In a statement issued Thursday, the Republican governor said that through he was humbled and “grateful” to have been considered, he does not wish to be among the potential nominees the White House is eyeballing for the vacancy.

“Earlier today I notified the White House that I do not wish to be considered at this time for possible nomination to the Supreme Court,” the former federal judge said. “The notion of being considered for a seat on the highest court in the land is beyond humbling and I am incredibly grateful to have been mentioned.”

The Washington Post reported Wednesday that the pro-choice governor was being considered upon the request of Senate minority leader Harry Reid of Nevada.

The governor would have been a sensible choice for the White House, which faces an uphill battle toward the nomination. Republicans in the Senate have indicated they have no interest in filling Scalia’s seat until the next President takes office, but Obama insists he will carry out his constitutional obligation to do so. 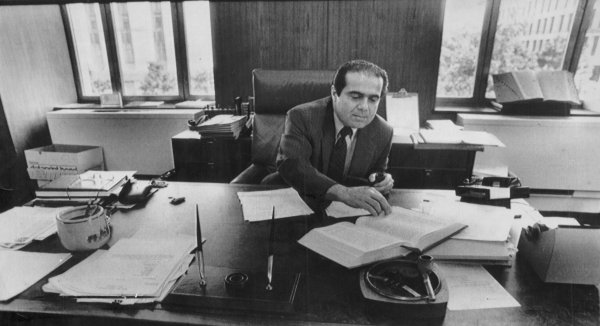