This Is Why People Have Bald Spots or Unibrows, Science Says

Ever wondered why some people’s eyebrows meet in the middle? An international team of researchers did, so they looked at more than 6,000 people and found, for the first time, the gene that’s likely responsible.

The study, published in Nature Communications, investigated the genetics of how people look. The researchers chose to study people in Latin America—a good population for genetics research, since many people there have a mixture of genetic influences, like European, Native American and African. Studying this genetically and physically diverse group of people gave the researchers a better chance of identifying genes that explain the visible variations.

They looked at the genes from about 6,000 people, then compared their genes against various traits of hair appearance, including unibrow, baldness, hair curliness, beard density and hair greying. They found a specific gene associated with each one of those traits.

The findings may have implications for forensics. Scientists can already identify genes and alleles—a variant form of gene—that affect whether a person has blue eyes or blond hair, says the paper’s senior author Dr. Andrés Ruiz-Linares, professor of human genetics at University College London. “Those are the ones that have been looked at the most, but we are trying to build a wider picture.” Being able to link specific genes to certain hair characteristics—like the ones found in the study—may one day help paint a fuller picture from a crime scene, for instance.

To study the unibrow in particular, they had to limit their analysis to men, says Ruiz-Linares. “We couldn’t tell how bushy the eyebrows of women were, because normally women sort of change that,” he says. But one gene in particular—called PAX3—was associated with the unibrow. “It basically means that alleles of these genes increase the chances that you have or you don’t have this feature,” he says.

The research may also prove useful to the cosmetics industry, which could one day develop a cream to alter the activity of the enzyme responsible for hair shape, for instance. “The first step is identifying the gene,” says Ruiz-Linares. “Who knows if it’s going to be possible or not? But at least there’s a candidate there that could open an avenue of research in that direction.” 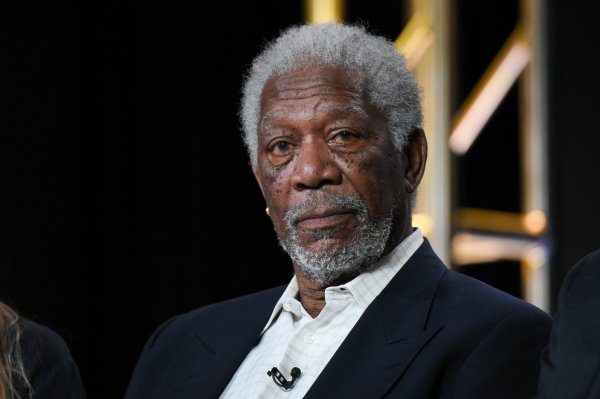 Science Explains Why You Love Morgan Freeman's Voice
Next Up: Editor's Pick